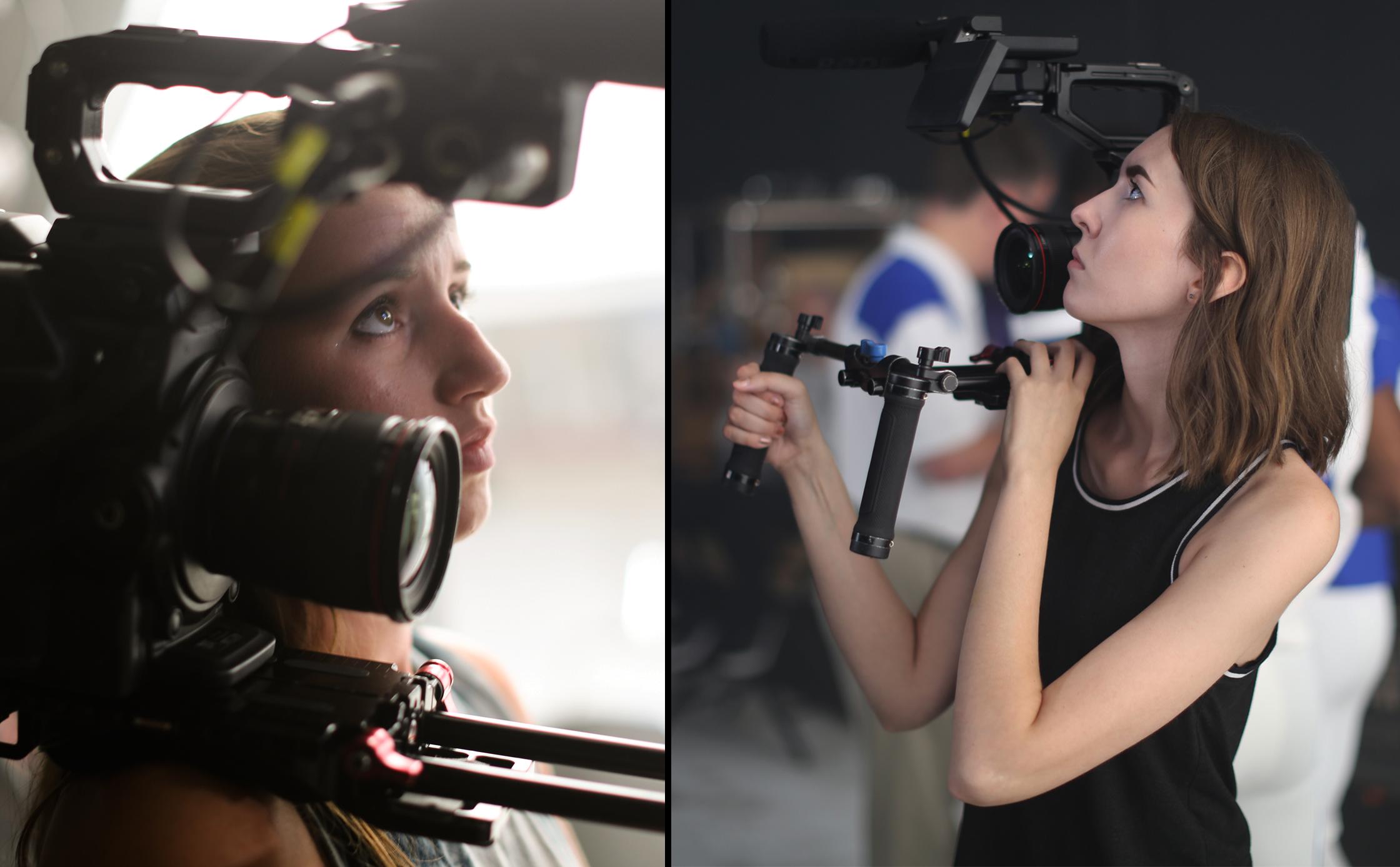 TA Films had two interns during the summer of 2018 - Nicole Brice and Madison Shelton. Both are students at Appalachian State University. Nicole is an Electronic Media Broadcasting major with a concentration in production. Madison is a Journalism major with a minor in Commercial Photography, and she also is a part of the App State Football Video crew.

Throughout their internships, Nicole and Madison were integrated as part of the TA Films Studios team, and helped with operational tasks such as packing and unpacking gear, stocking gear, equipment upkeep and maintenance, and asset tagging. Nicole utilized her experience as the Communication Department's equipment room manager during her weekly duties working with TA Films' gear. Nicole and Madison both helped with post-production as well - setting up projects in Adobe Premiere Pro and making selects of footage. They were both able to pursue their specific interests within post-production, as Madison sharpened her editing skills, and Nicole audio-mixed several videos that were showcased on TA Films' social media. They also both helped record nat sound to be used in an upcoming music video.

Nicole and Madison were also able to both go on shoots during their time with TA Films. They attended several shoots with the Carolina Panthers throughout the summer. They both operated cameras during a promotional shoot for a nonprofit. They also traveled to Atlanta, Georgia for ESPN E:60 interviews, where Nicole was able to work directly with audio. Their internships culminated with helping prepare the TA Films Studios space, and assisting on the shoot day for a large-scale TV commercial shoot with the Big South Conference. Nicole and Madison were able to shadow and contribute to all aspects of production during their time with TA Films.

Previously, TA Films has had numerous successful summer internships, working closely with colleges such as Appalachian State University and East Carolina University to provide class credit, as well as offering opportunities to other individuals not associated with a college. If you're interested in a TA Films internship in the future, please contact Will@tafilms.tv.

"Growing up, I always knew that I wanted to do something related to cameras and the TV/Film production industry, which is how I found myself in the Electronic Media Broadcasting department at Appalachian State as a student concentrating in production.  Surprisingly however, after enrolling in an audio production course, I discovered a newfound passion for all things audio that launched me into landing my internship.  Last fall, TA Films' audio mixer Adam King came to do a small guest lecture about the audio portion of the industry for my class.  The immense passion he displayed during his talk with us towards both audio production and towards the TA Films team was what really inspired me to reach out to the crew for an internship.

Looking back as I prepare to leave the internship, I can say that I learned more than I ever expected to. From day one I was afforded numerous opportunities thanks to the whole crew who took me under their wings and showed me what it means to be part of an organized, creative, and collaborative team.  During my time here I was able to learn about more than just audio production.  I got to explore content creation, video editing, studio operations tasks, equipment, videography, and so much more.  I was able to get my hands dirty and learn what it means to work in this kind of industry in a way they can’t teach you in school. I love that TA Films allowed me to pursue the goals I wanted to achieve by providing me as many opportunities as they could to help me reach those goals.  Overall, this whole experience is one that I’ll never forget."

“I began searching for an internship in January of my junior year at Appalachian State University. Several of my coworkers had mentioned the guys at TA Films, and the connections that CEO Tyler Adams has with Appalachian State students interested in video production. I was nervous to reach out to them in fear that I would get rejected. “No one on that crew knows who you are. Why in the world would they offer me an internship with them?” I thought to myself as I typed a lengthy email. I was hesitant to hit send but I did it anyway. Low and behold, I received a response several days later with an offer to intern through the summer.

I have learned a lot about this industry through this internship. I’ve learned how unpredictable it can be and the challenges that come along with each shoot. How essential such a simple task can be even if it’s easily overlooked, like changing the direction of one light, or even grabbing the crew breakfast. And I've learned how working as a team is a huge asset to a successful shoot. While interning with TA Films, I have sharpened my editing skills in Adobe Premiere Pro, learned new camera operating techniques while shooting with the Carolina Panthers, and even got my hands on some audio equipment to record sounds for a music video.

The TA Films crew never wants to “just create videos.” No, their priority is to tell stories and they have trademarked a slogan that contains three components to tell a great story - “Laugh, Cry, Inspire.” I can say that this rings true for my experience I’ve had while interning. There have been moments of laughter, moments of crying, and each member of the crew has inspired me in ways I’ve never imagined. I came up with my own kind of slogan to describe the experience I’ve had while working with this outstanding group of guys. “Dreams coming true and passions being fueled.” These guys helped make this girl’s dream come true by giving me opportunities to work with my favorite football team, the Carolina Panthers. They fueled my passion of working in football by encouraging me to never give up, and pushed me to my limits because they could see my potential. I can’t thank them enough for giving me the opportunities they have and for trusting me with projects that were so important. I feel excited to see where my future takes me. I know I have made new connections and friends that will last a lifetime and I don’t know how to say thank you enough!"

From every member of TA Films, we want to thank you both for being a part of our team and bringing a good attitude and desire to learn each and every day! 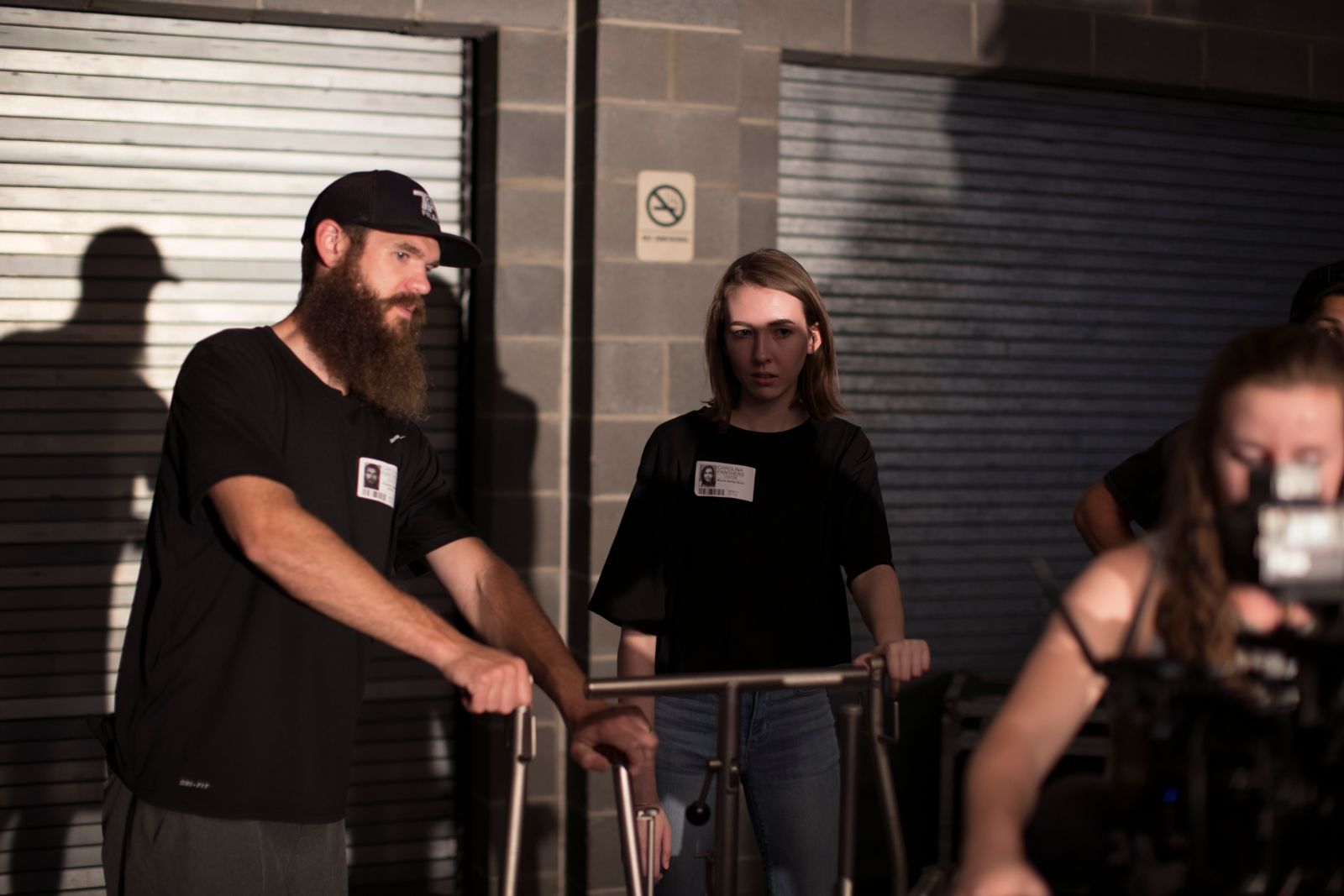 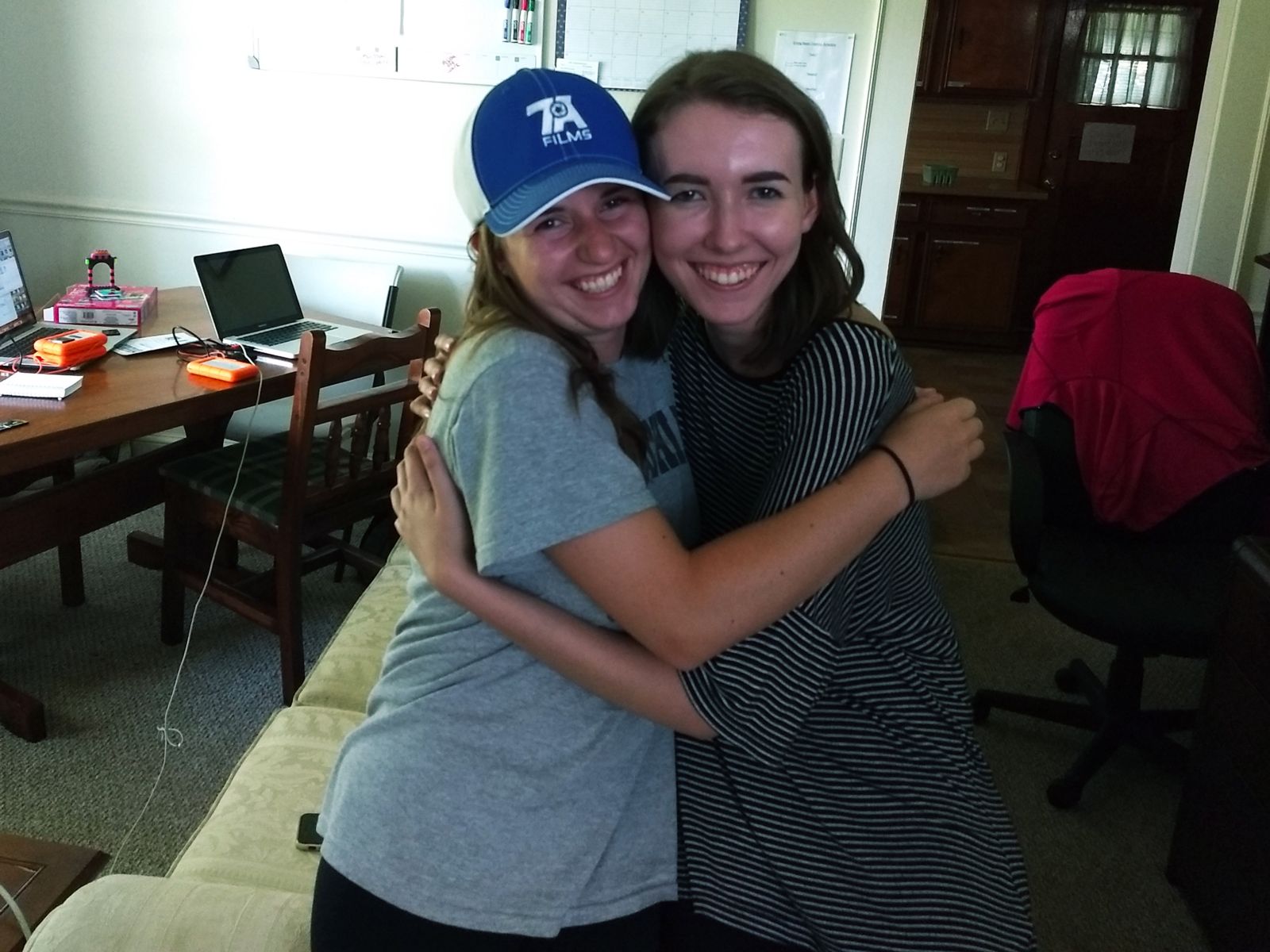 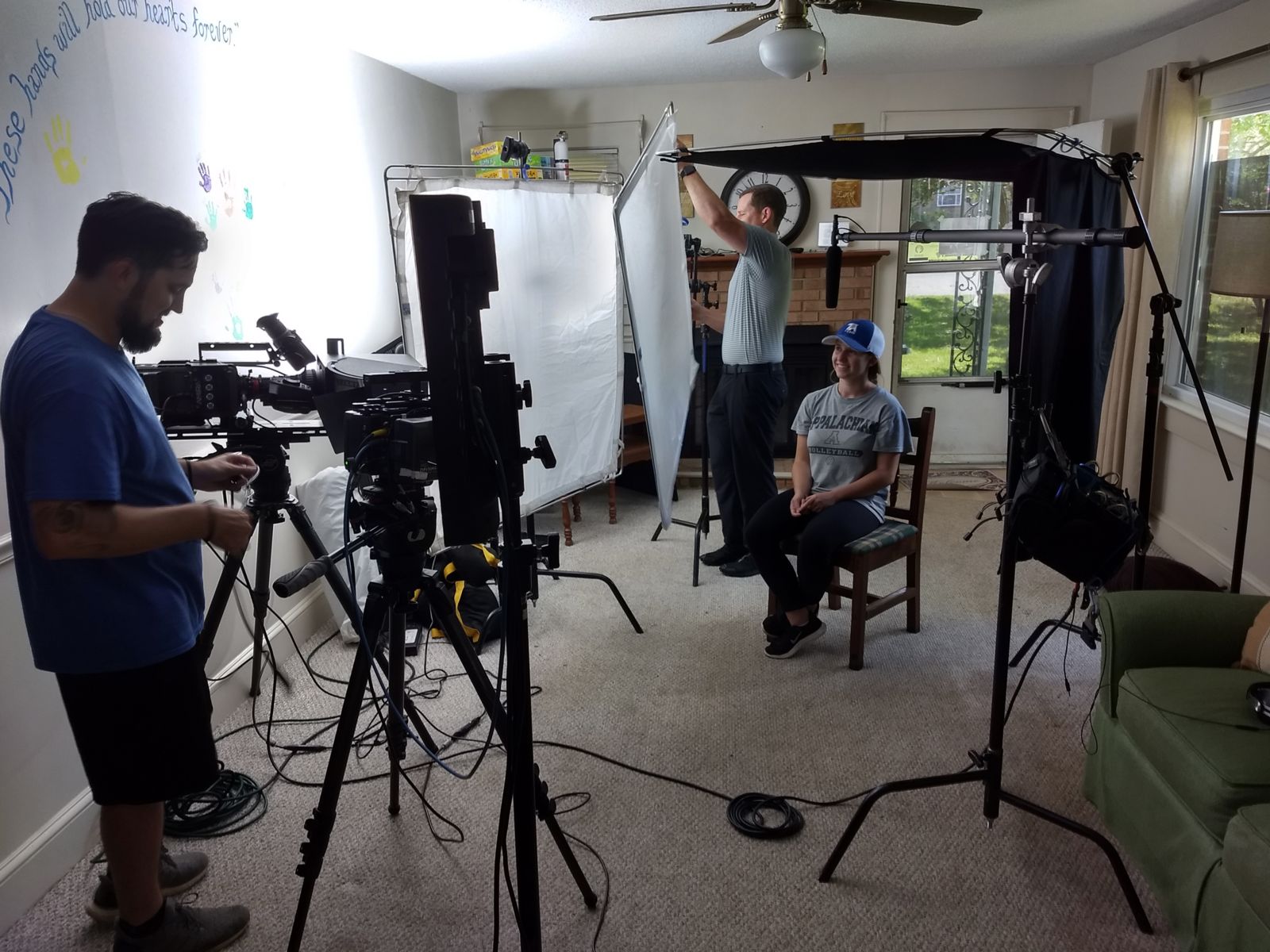 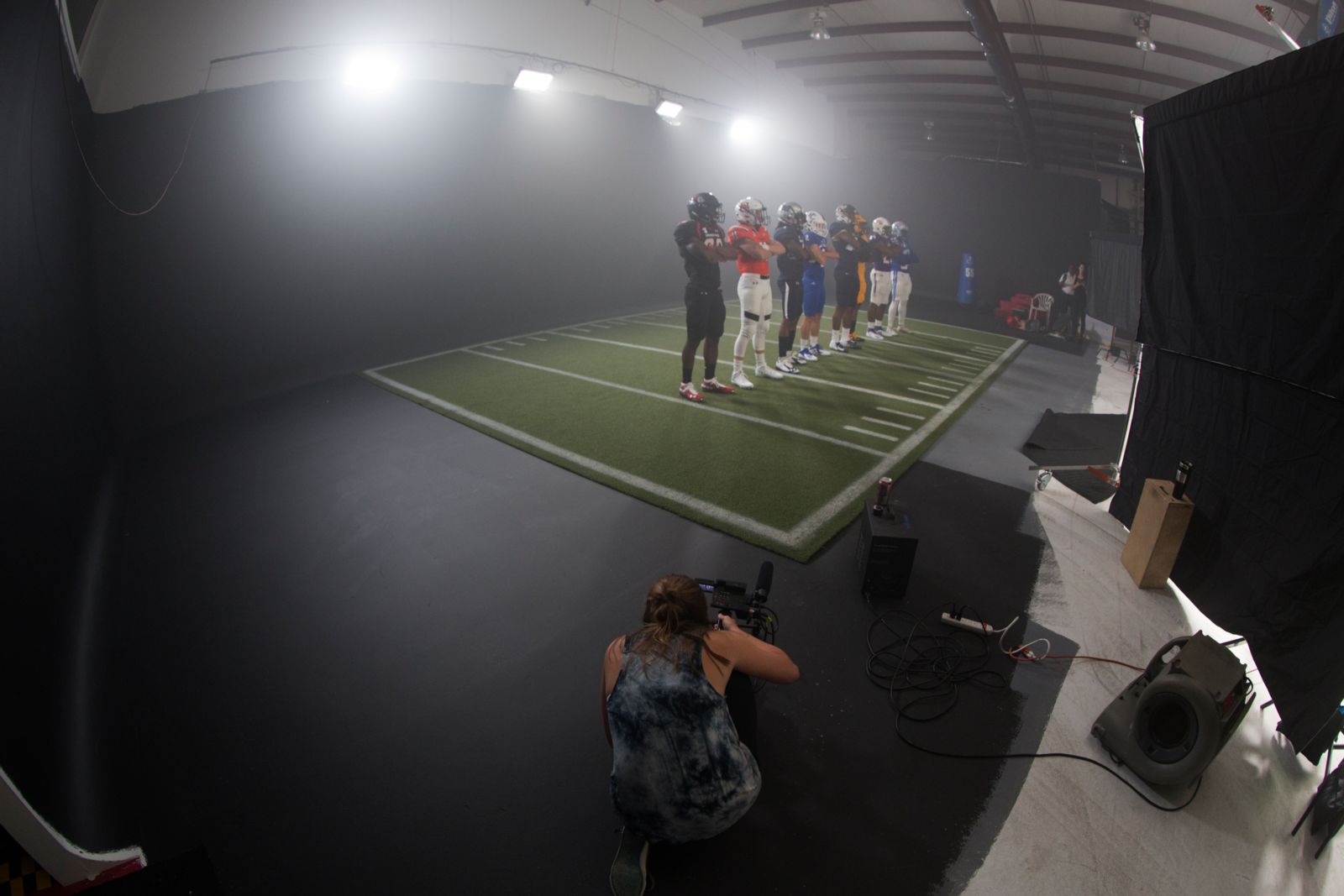 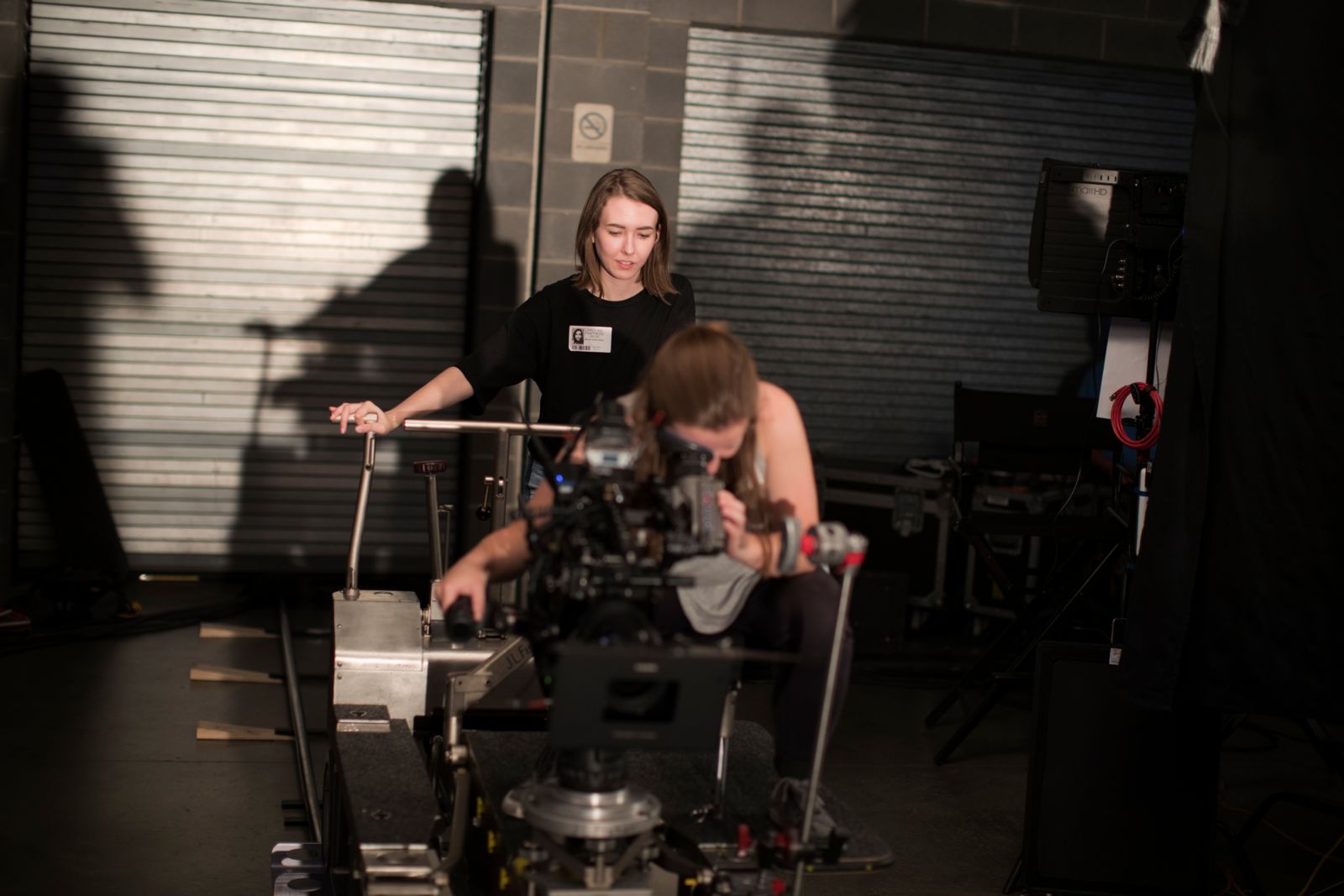 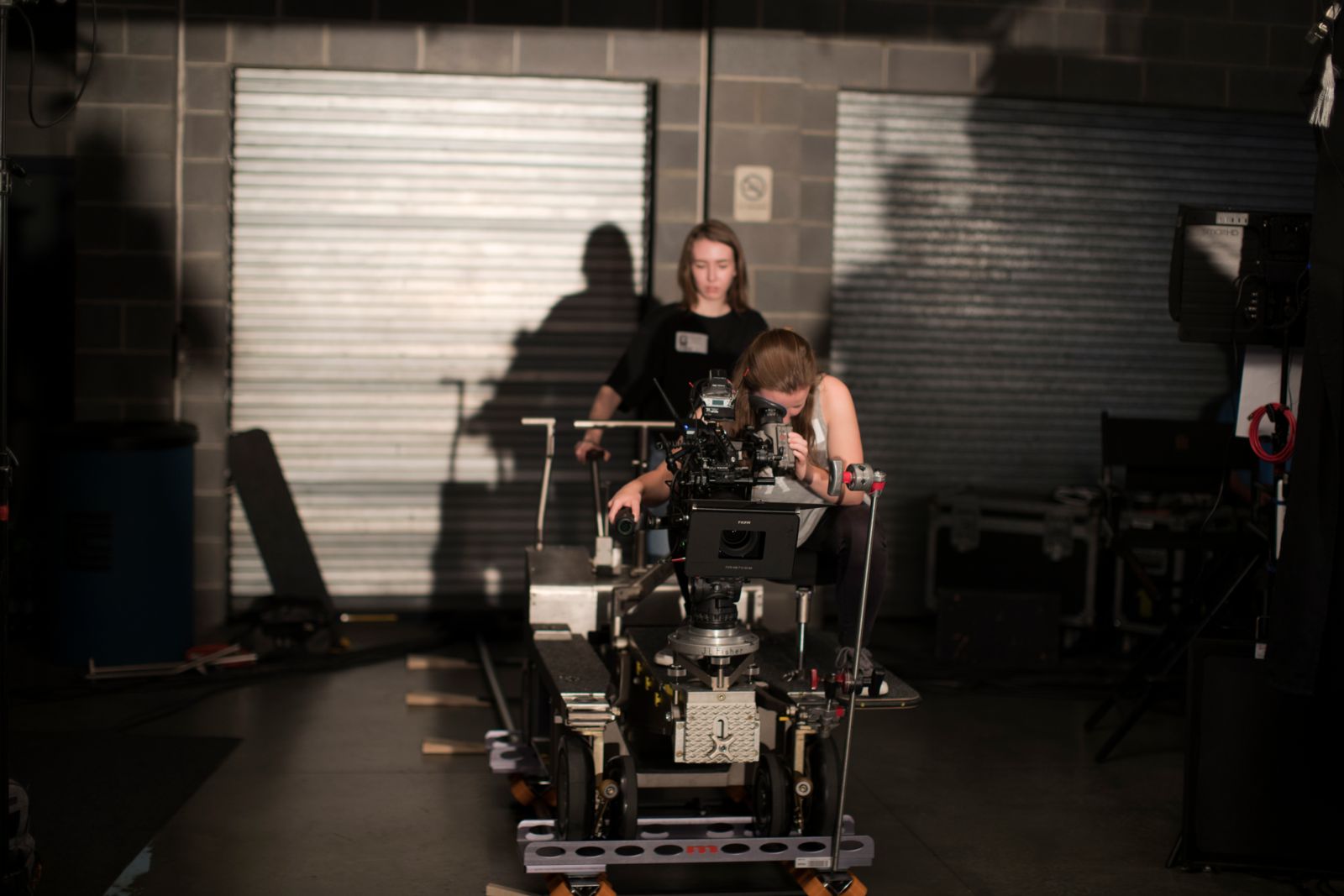 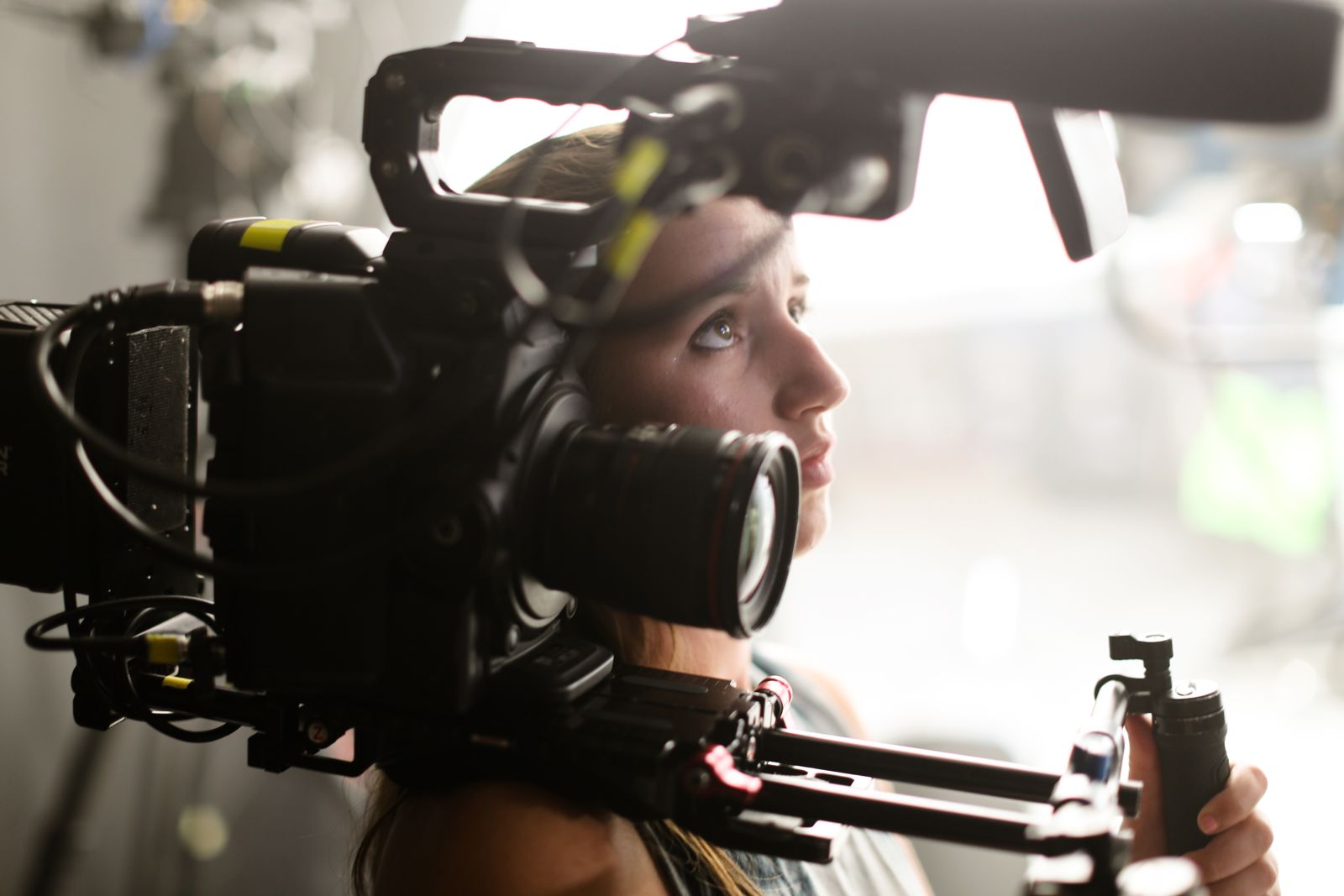 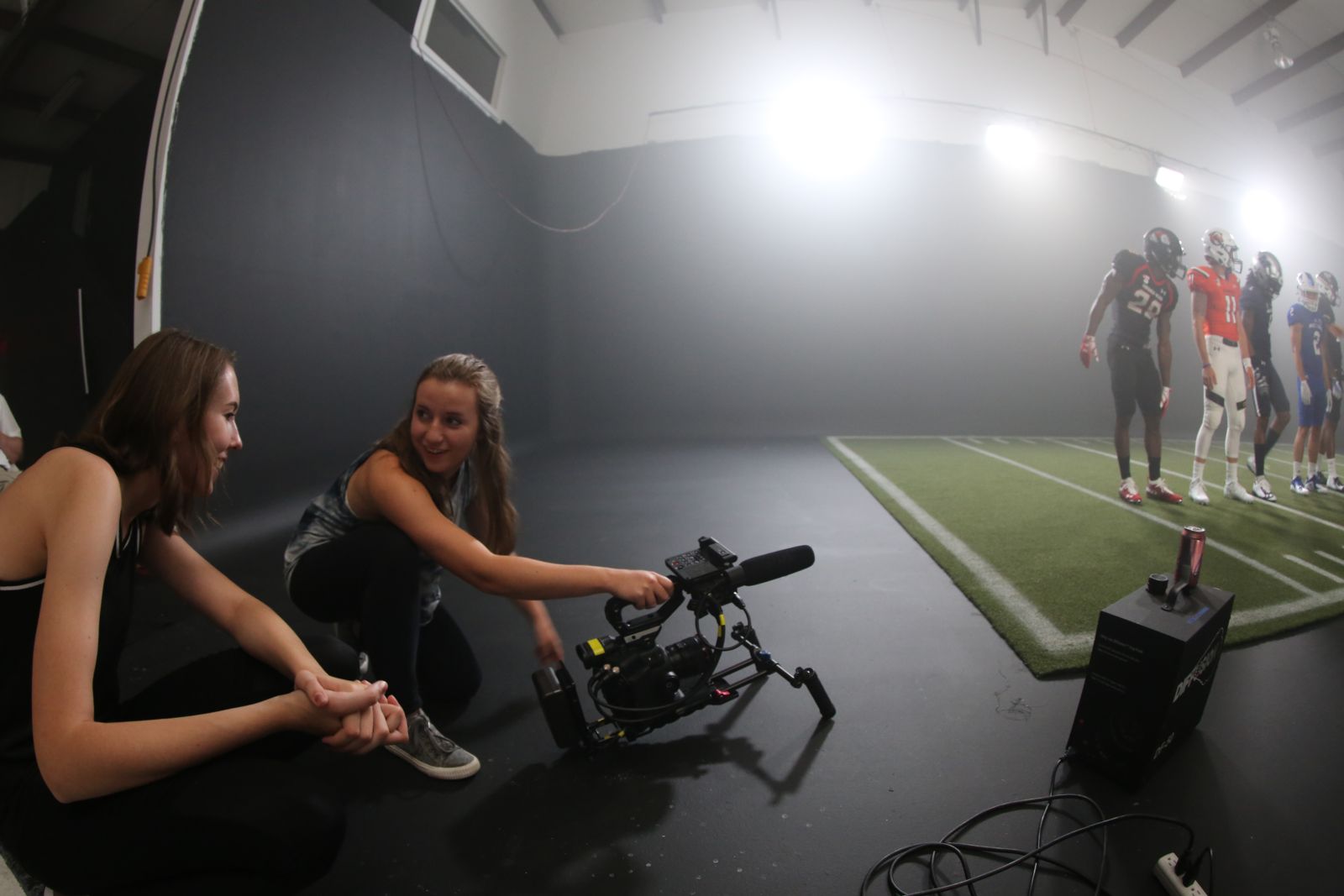 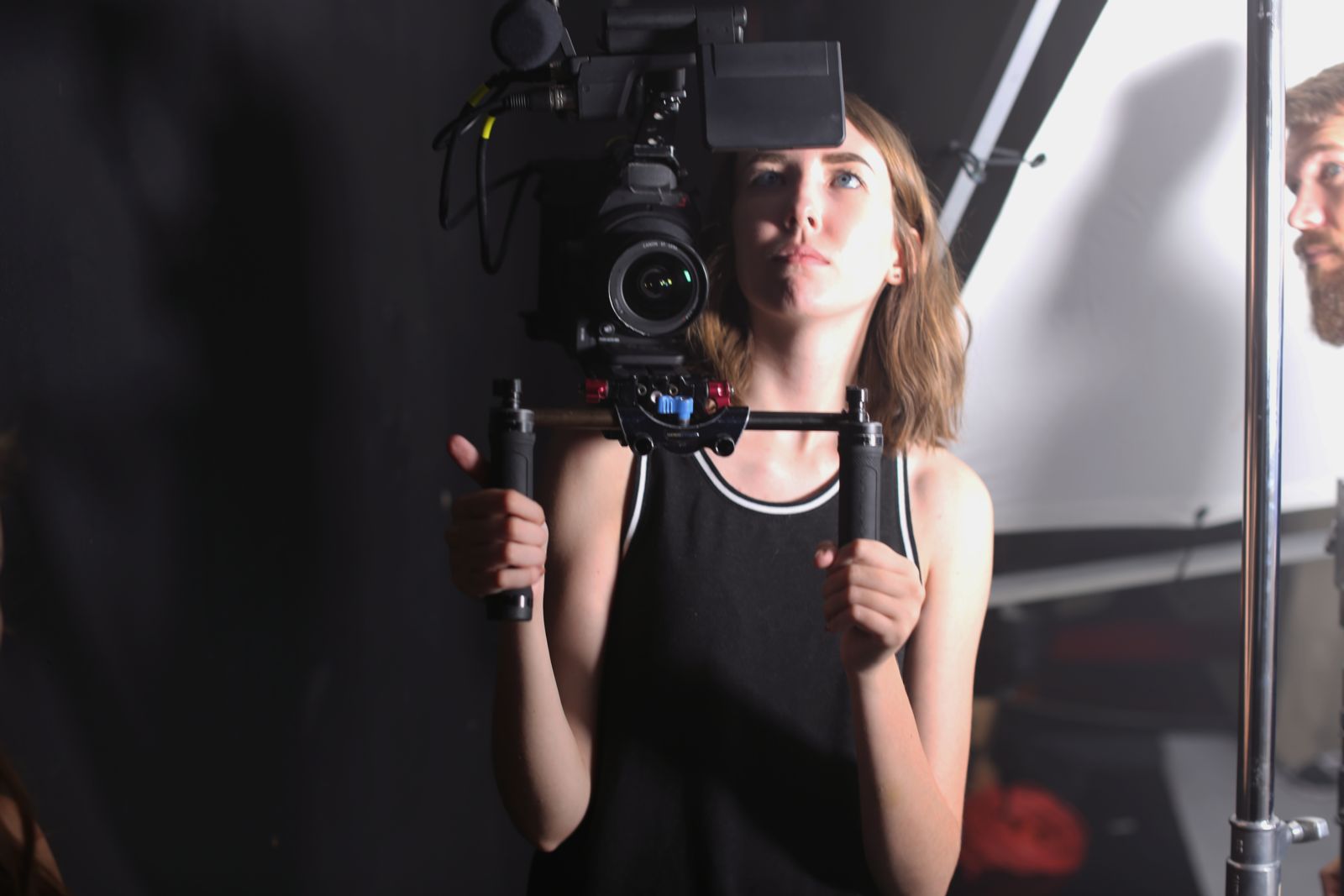 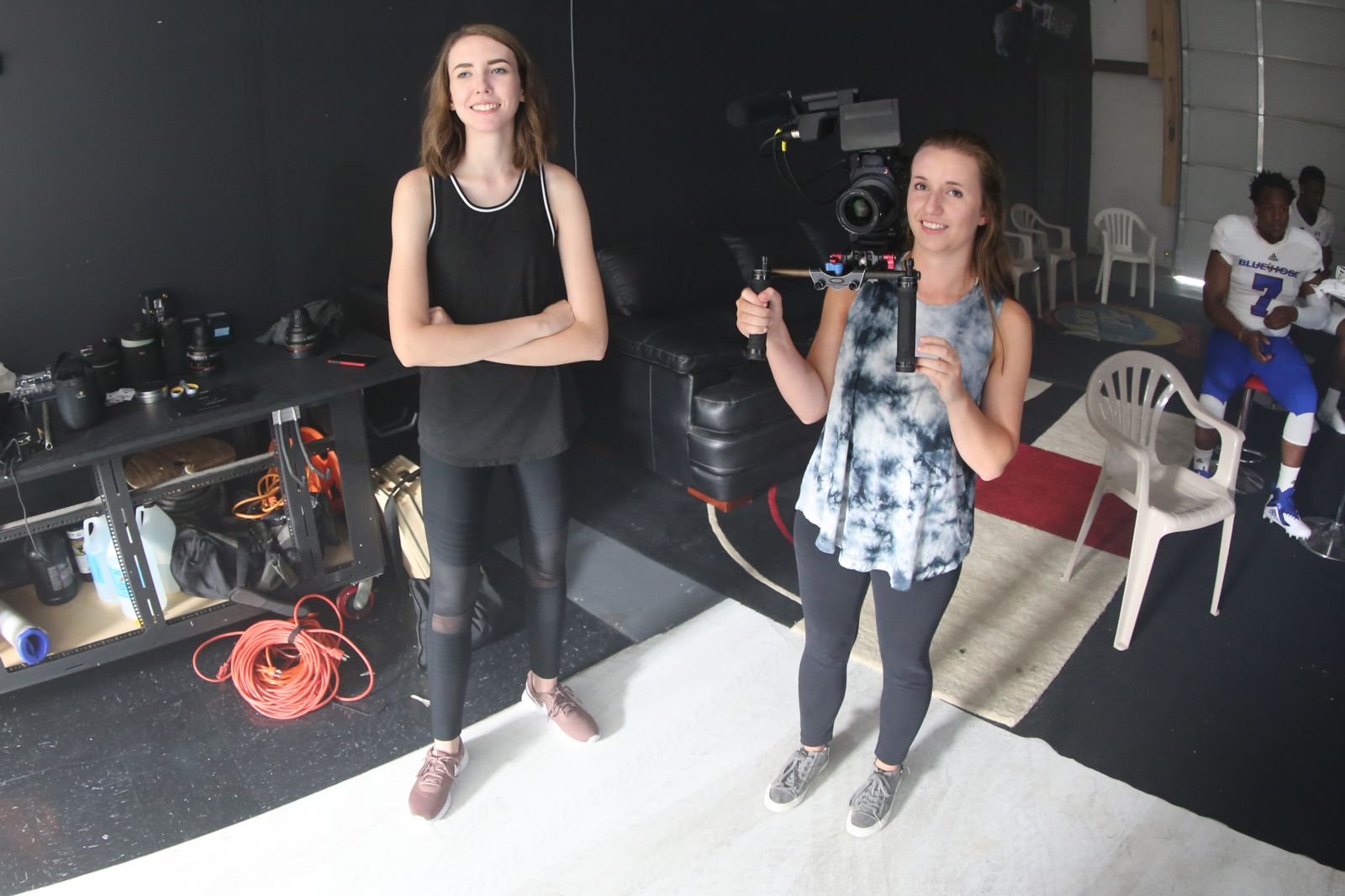 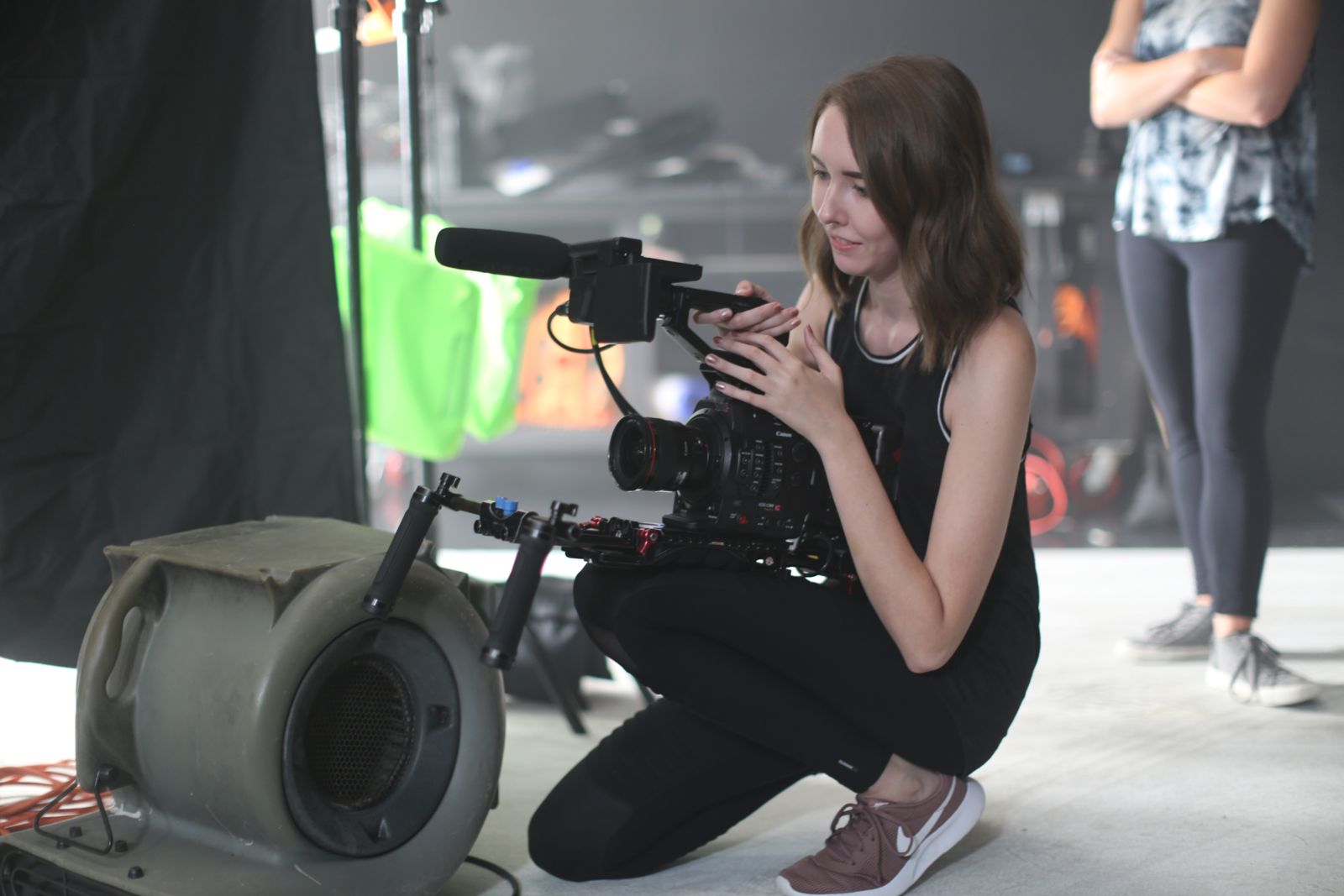 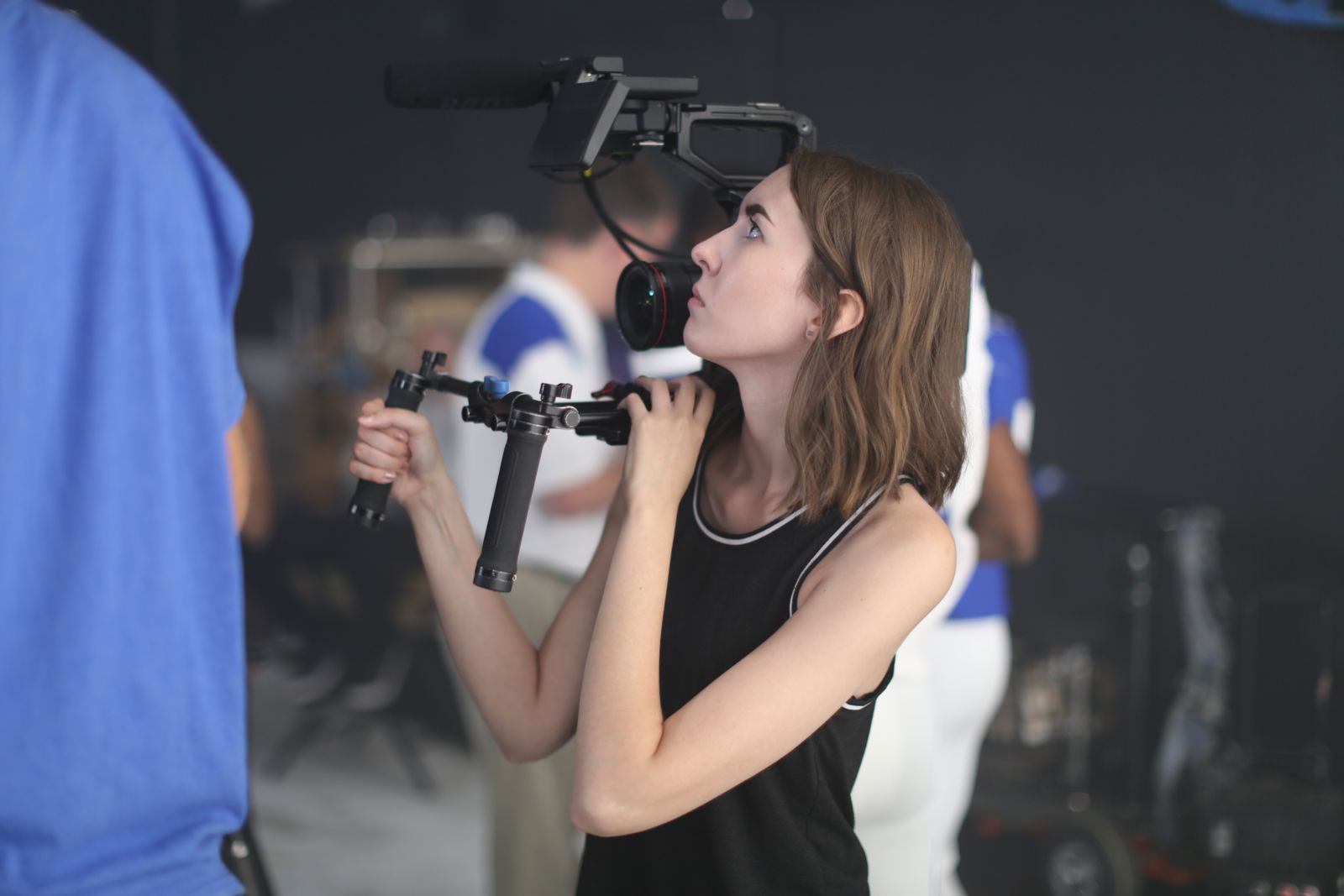