The “One Number Away” music video by Luke Combs is now available on YouTube. The music video was a full-service TA Films project that was written by, produced, shot, directed, and edited by members of the TA Films team partnering with Sony Music Nashville. “One Number Away” follows hit singles “Hurricane” and “When It Rains It Pours”, both of which have music videos by TA Films.

The music video embodies the familiar desire to reach out and rekindle a love that hasn't faded from the heart. It tells the story of a man and a woman who have separated but are longing to be back together, as both desperately want contact from the other but are hesitant to reach out. As the man revisits his memories both physically and mentally, he embarks on a journey to get the love of his life back. Meanwhile, the woman is on the road in a journey of her own. As fate brings the two closer, the shocking conclusion of the music video adds a new interpretation of the powerful song.

“The first time that we heard this song, we knew the video had to be special. With a song this powerful, we needed the video to poke at the heart of the audience. Our goal in everything we produce is to get the audience to have an emotional response, whether they are laughing, crying, or are inspired,” says Tyler Adams, CEO of TA Films. “After meeting with Luke and his team over lunch for an impromptu music video writing session, we came up with the concept for 'One Number Away.' We wanted a story that everyone can relate to in some way, so the video fits the typical breakup story mold for 97% of the video before a twist at the end. The story is crafted so that each viewer can interpret it differently, but by the end of the video, we hope to have moved everyone the same way emotionally.”

For production of “One Number Away”, the TA Films Studio Van rolled into Forest City, North Carolina for a four-day shoot in December. The project then went into post-production over the next several weeks for editing in TA Films Studios.

The video was shot on the Arri Alexa Mini with Canon Cinema Prime lenses. Some of the more impactful scenes in the video were filmed in innovative ways. This included mounting the Alexa Mini on a FlyLine cable cam, allowing it to seamlessly float through scenes, such as the culminating nighttime shot on the bridge. A Black Arm allowed the Mini to be mounted on the back of a mobile Bad Boy Buggy. The FreeFly Alta drone was able to capture some very cinematic aerial shots. The Alexa Mini was mounted on a Matthews Round-D-Round Doorway Dolly for smooth, continuous mobile shots, as can be seen when the couple is dancing. A car mount was used for driving scenes. Lights used for the scenes included the Arri M18 HMI, the AadynTech Punch Plus HMI, Arri Skypanel S-60s, Kino Flo Diva 401s, Kino Flow 4Banks, Kino Flo Celeb 201s, Arri 300plus, Westcott Flex LED Mats, and Batten Light Boards.

Luke Combs' debut album “This One's For You” reached number 1 on the Billboard Country Albums Chart. The music videos for the two previous singles off of the album, “Hurricane” and “When It Rains It Pours” currently have over 105 million and over 70 million views on Youtube respectively. Within a week of “One Number Away” being released on YouTube, the video has garnered over 1 million views and was labeled as a top trending video on the site.

Written by Will Rooney
Photos by Alex Rivera 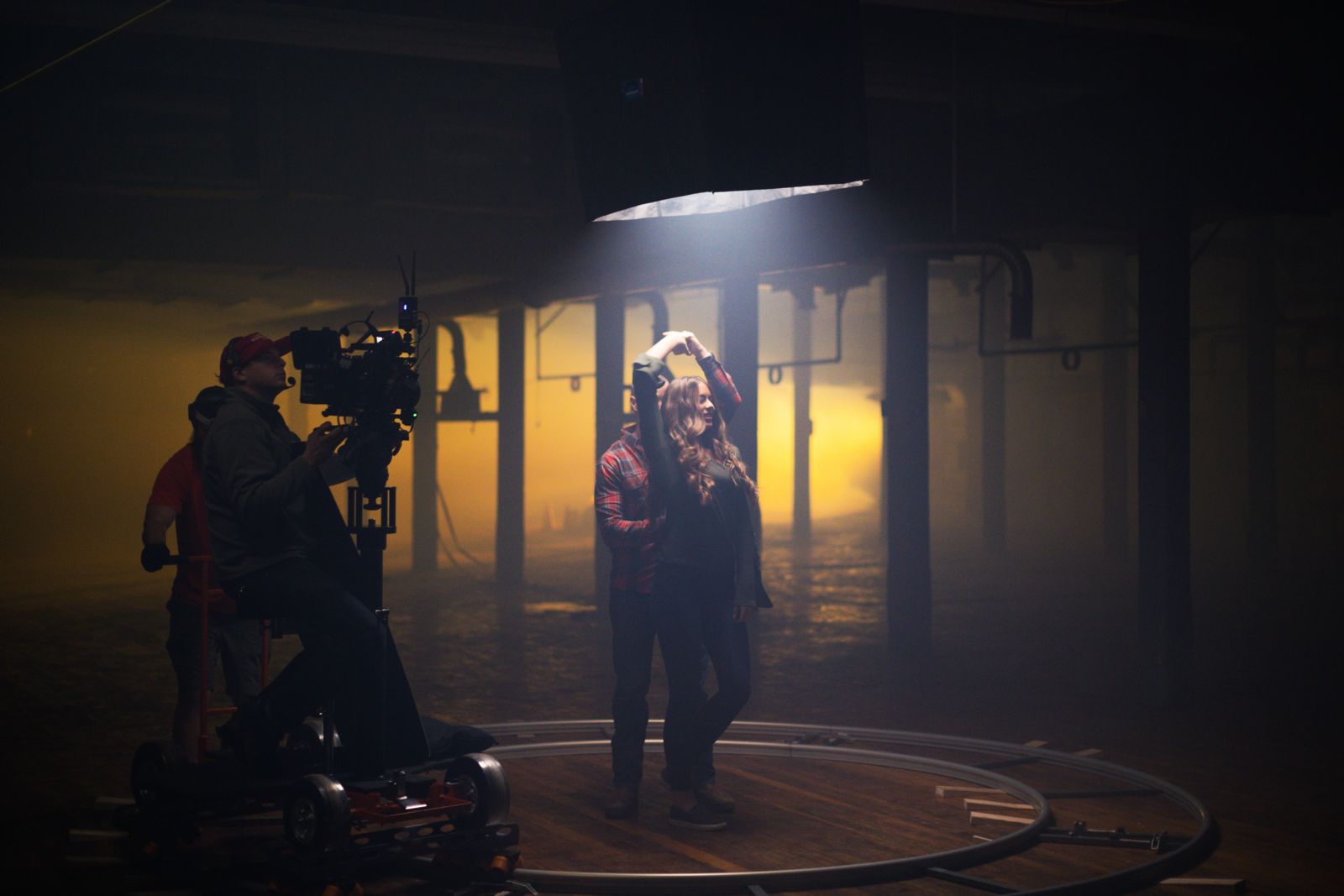 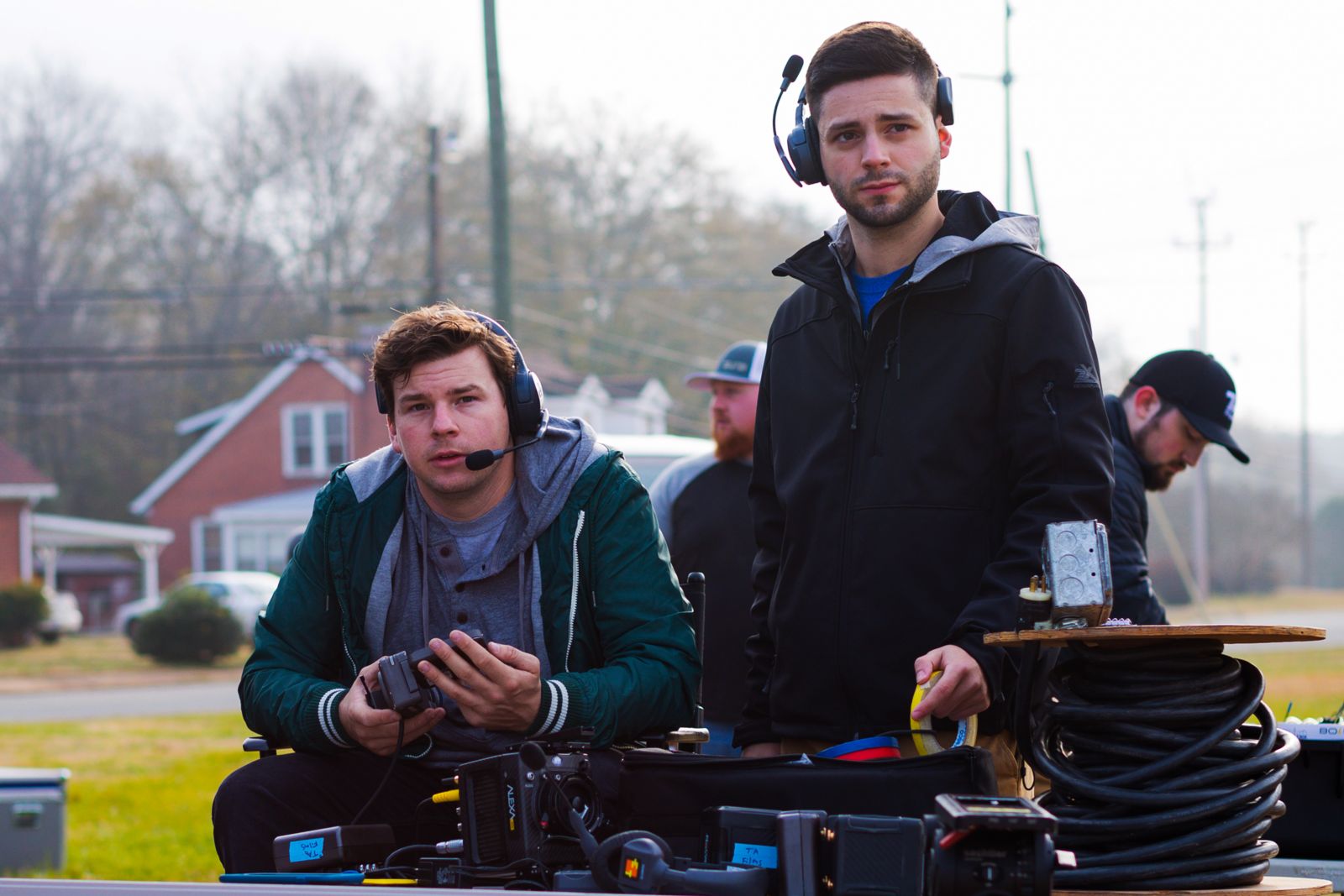 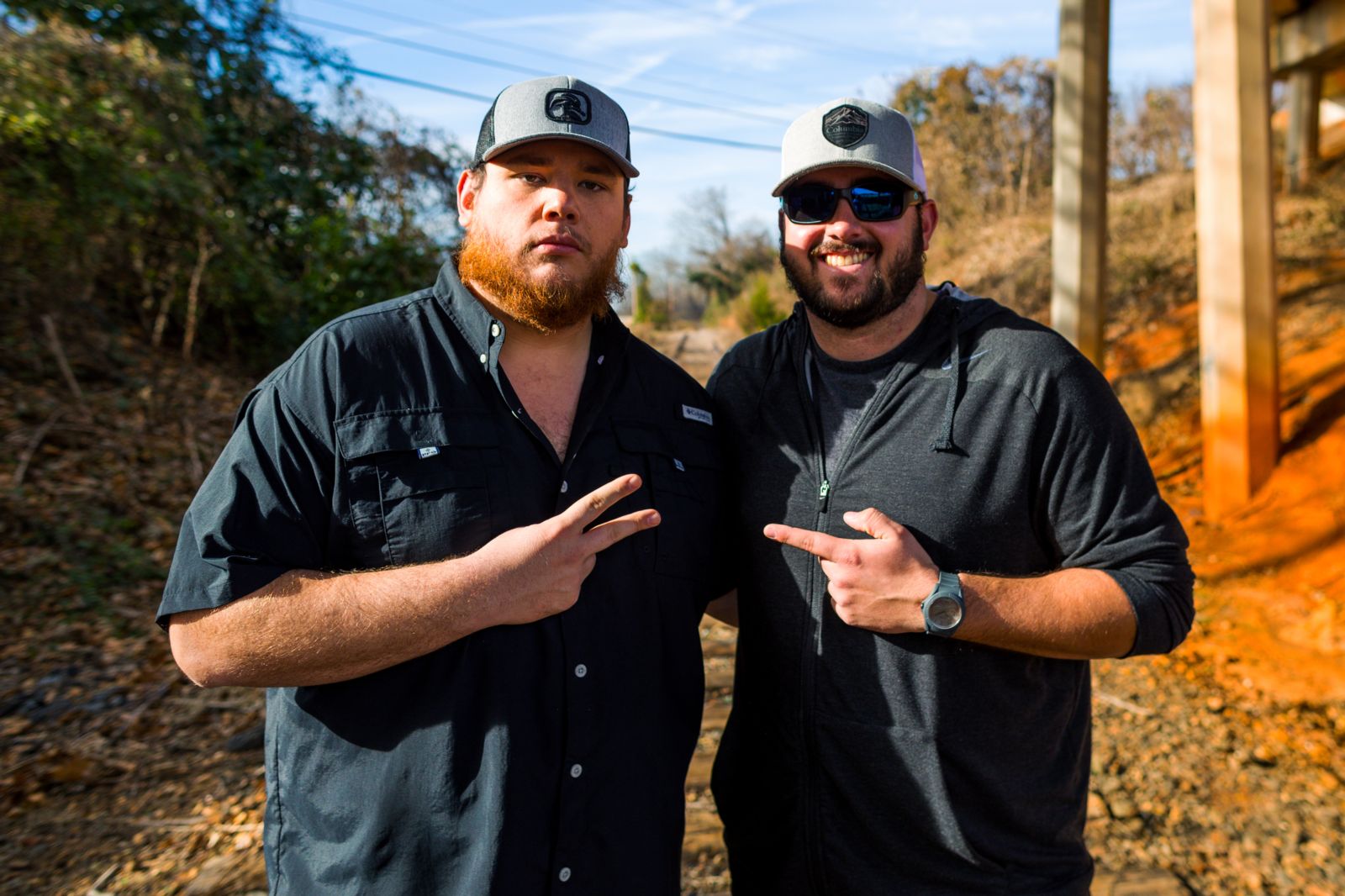 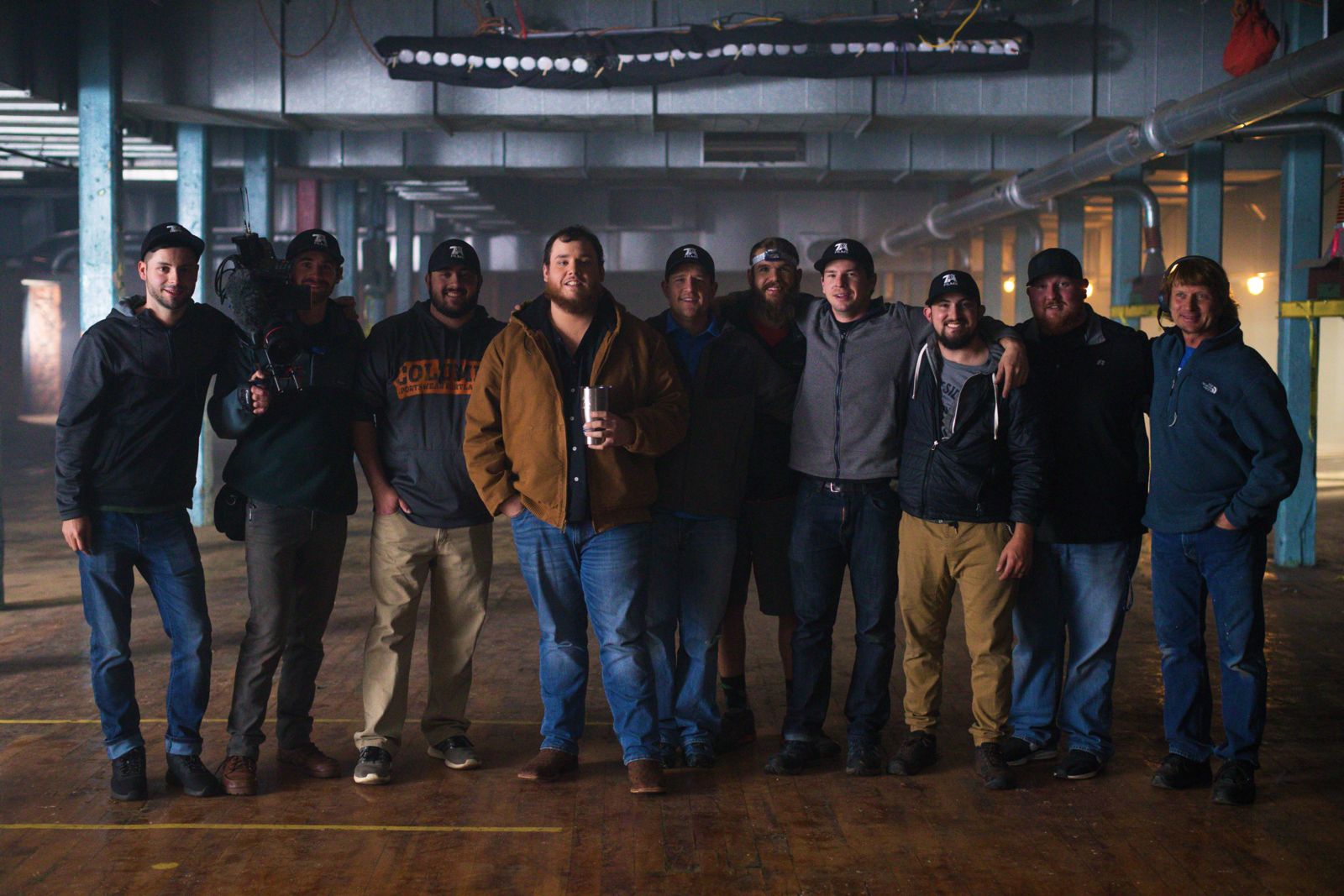 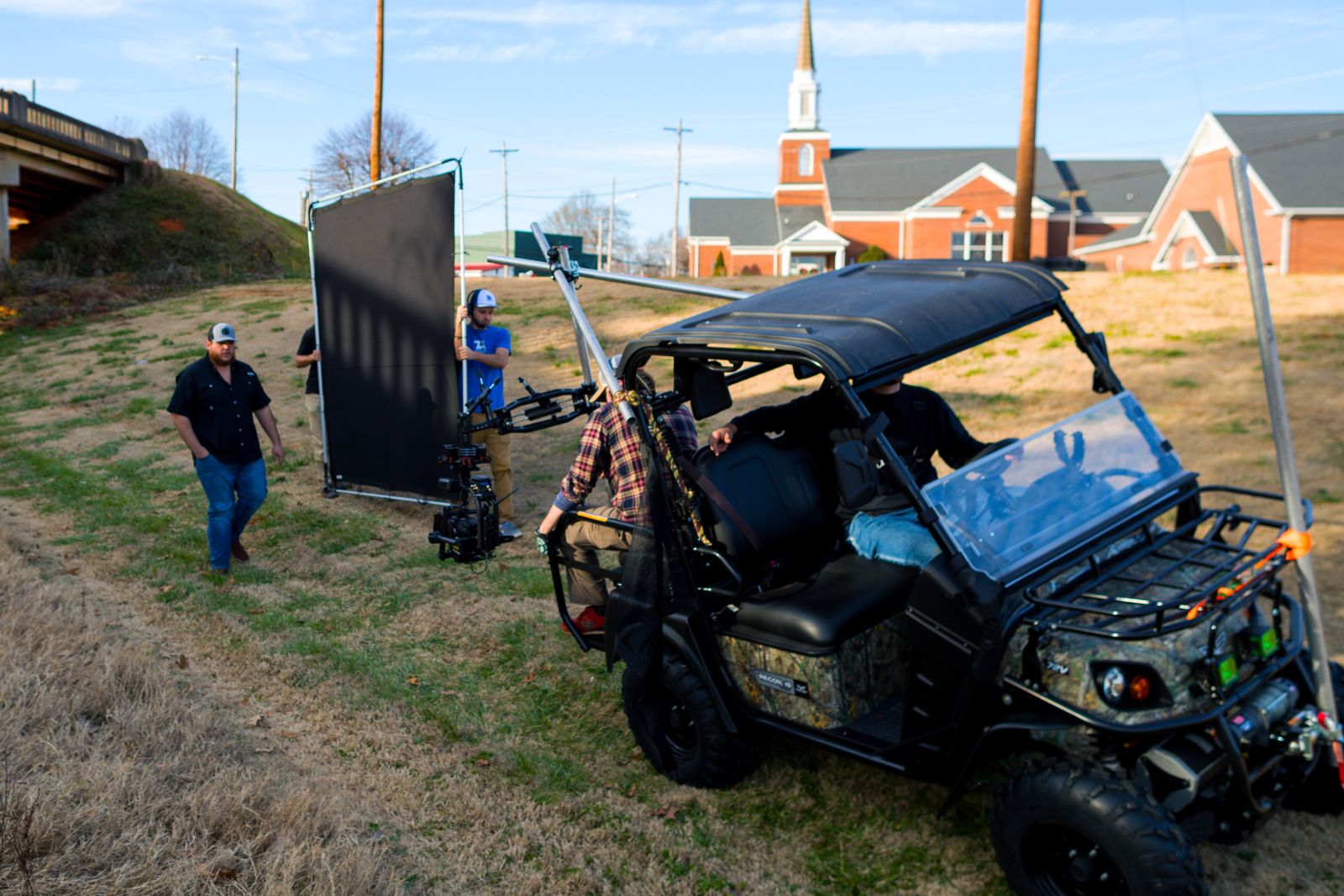 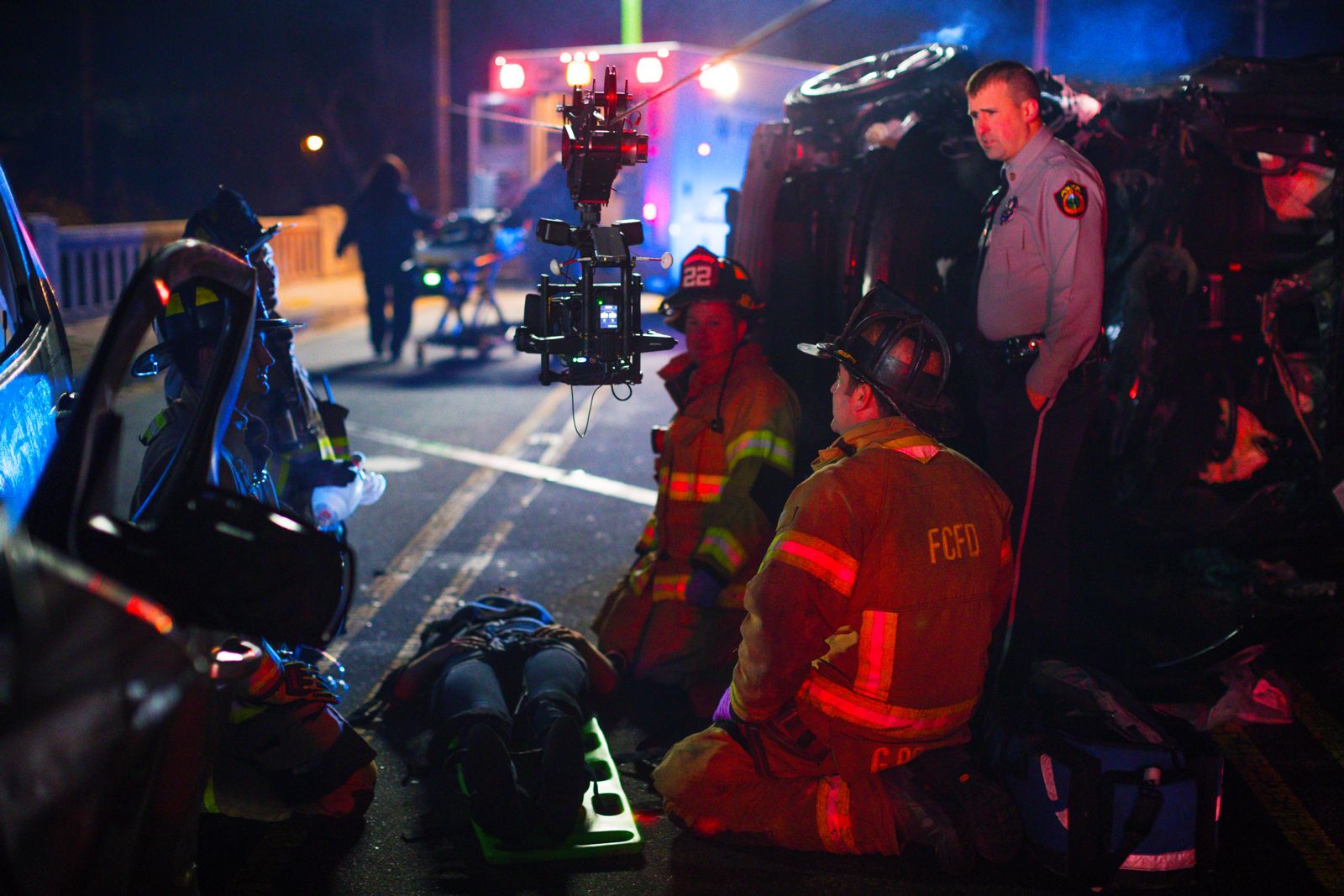 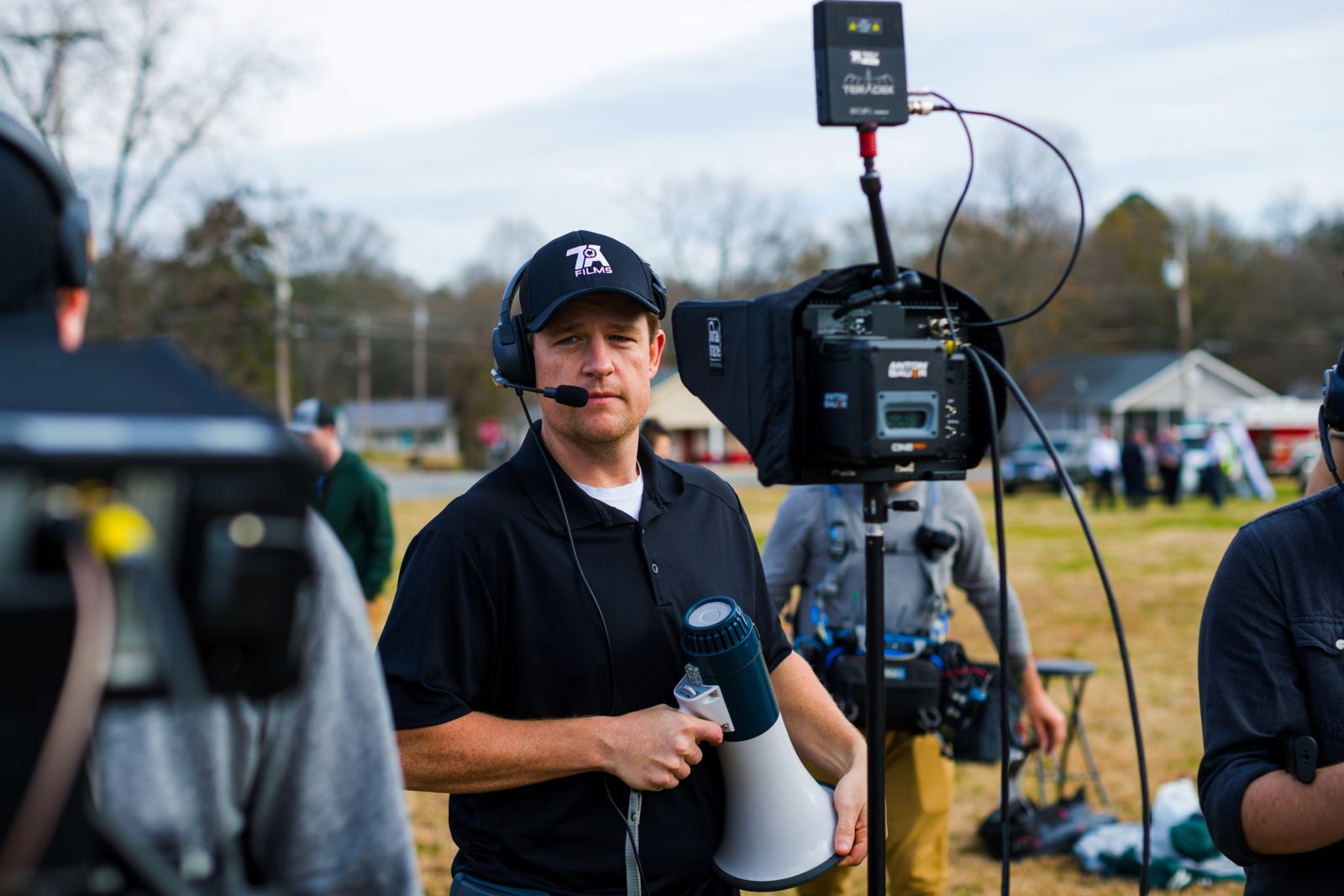 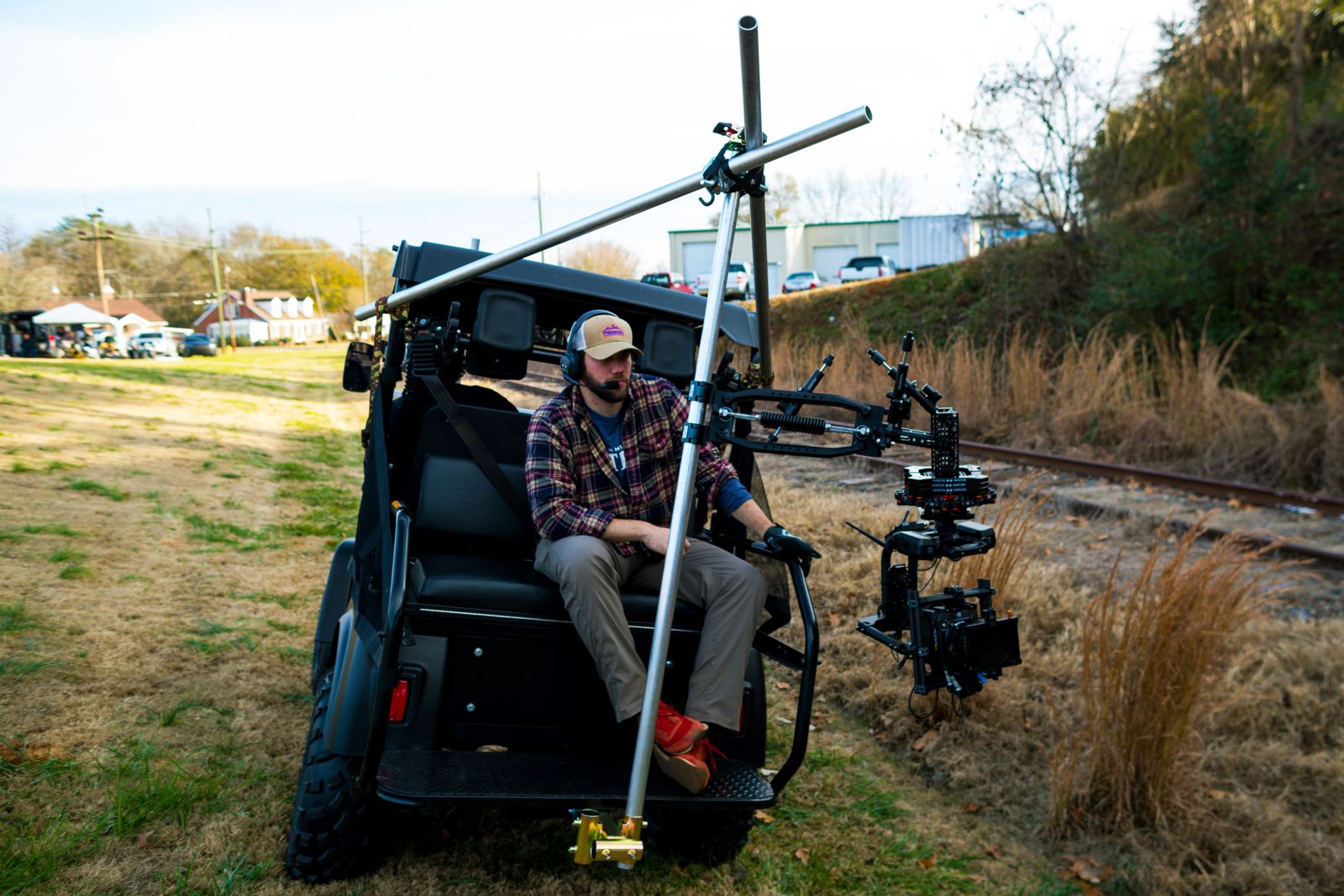 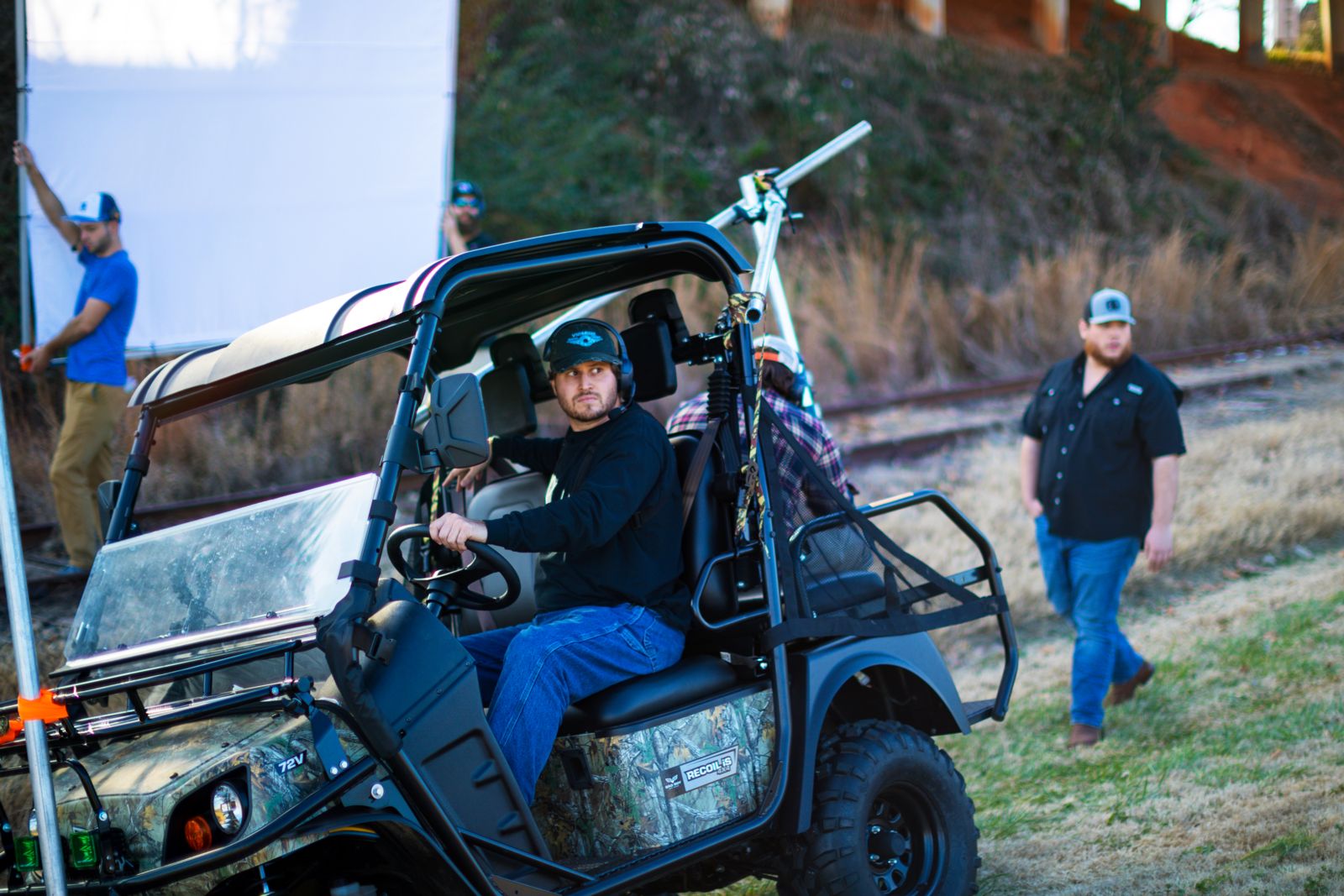 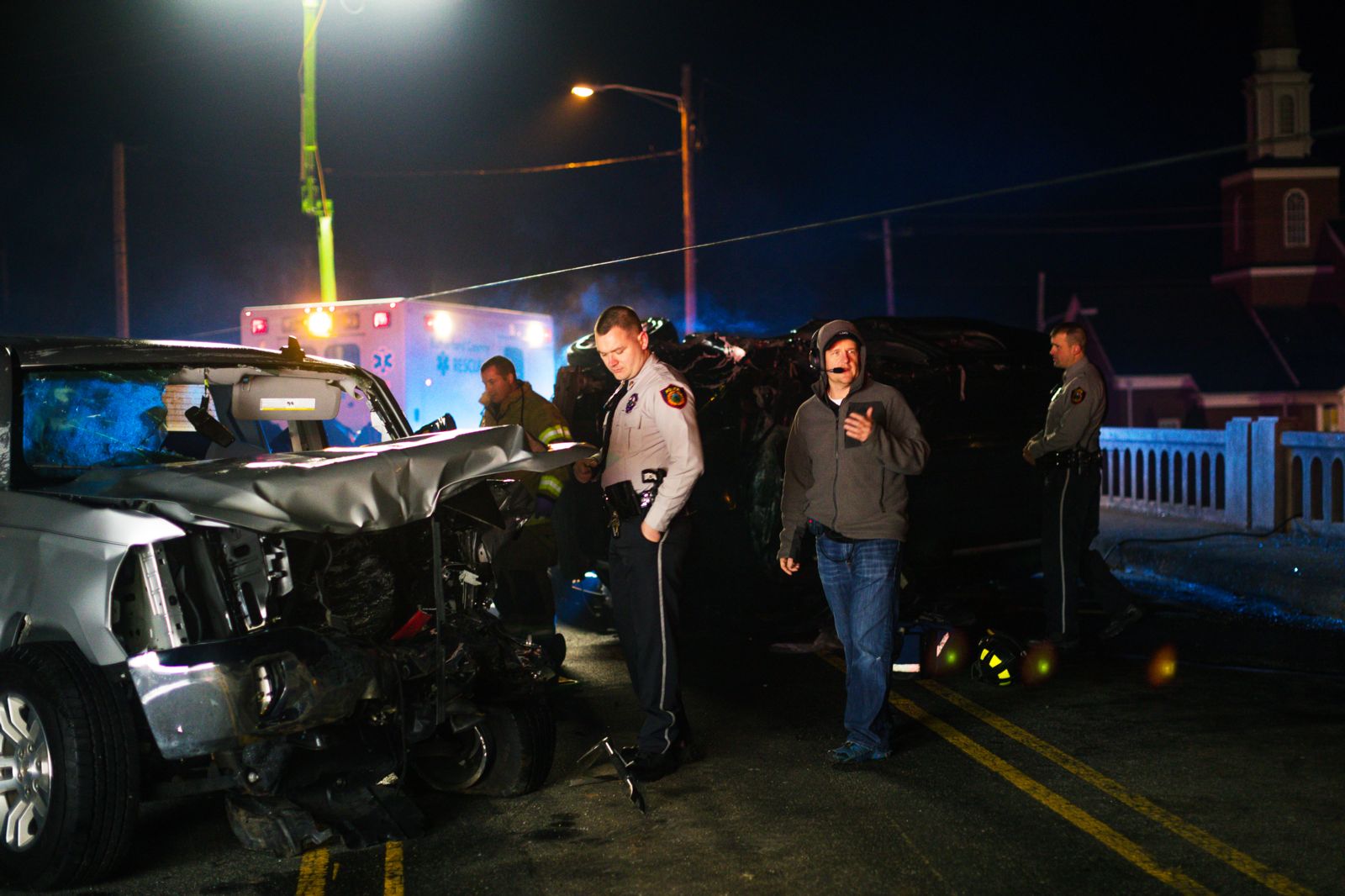 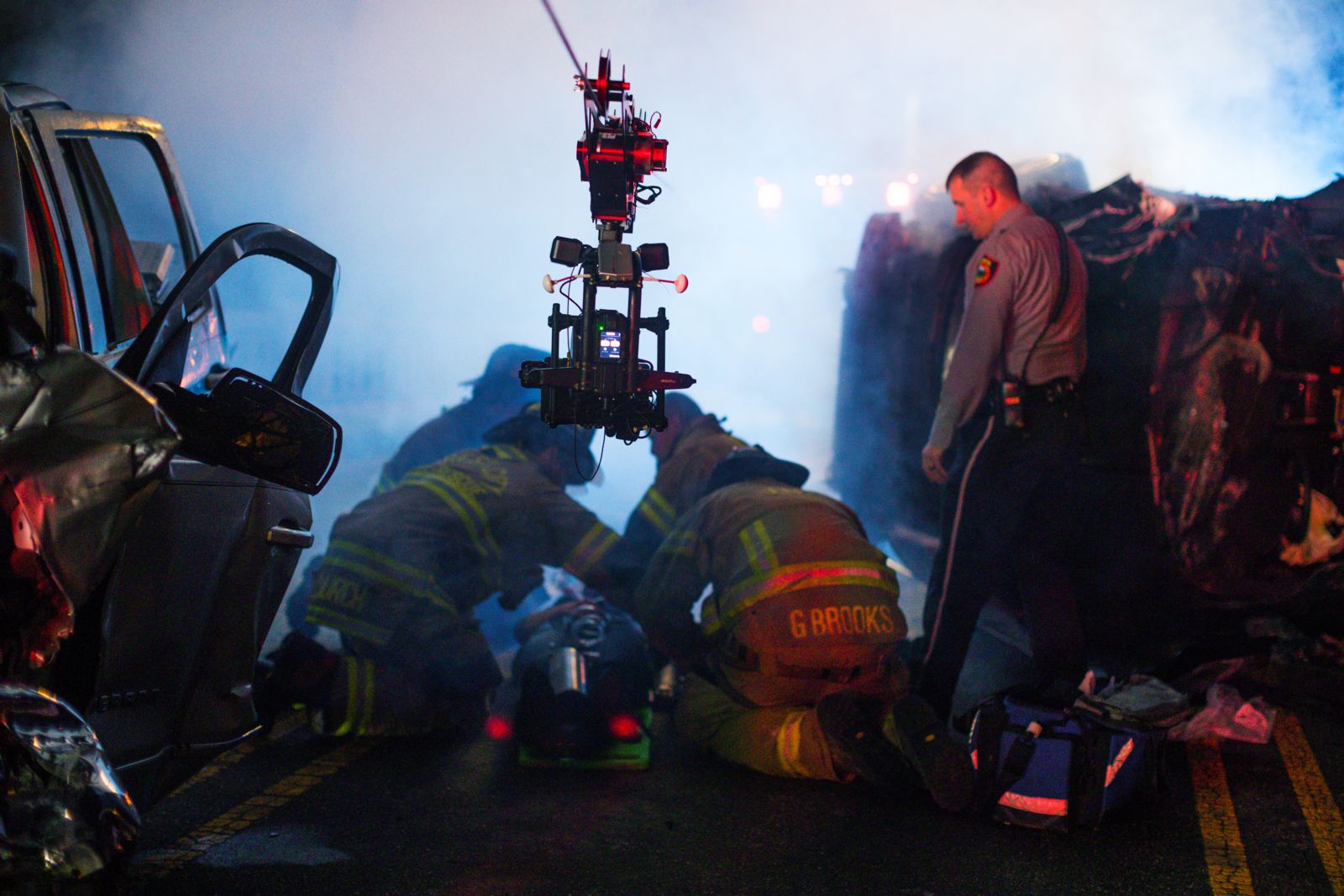 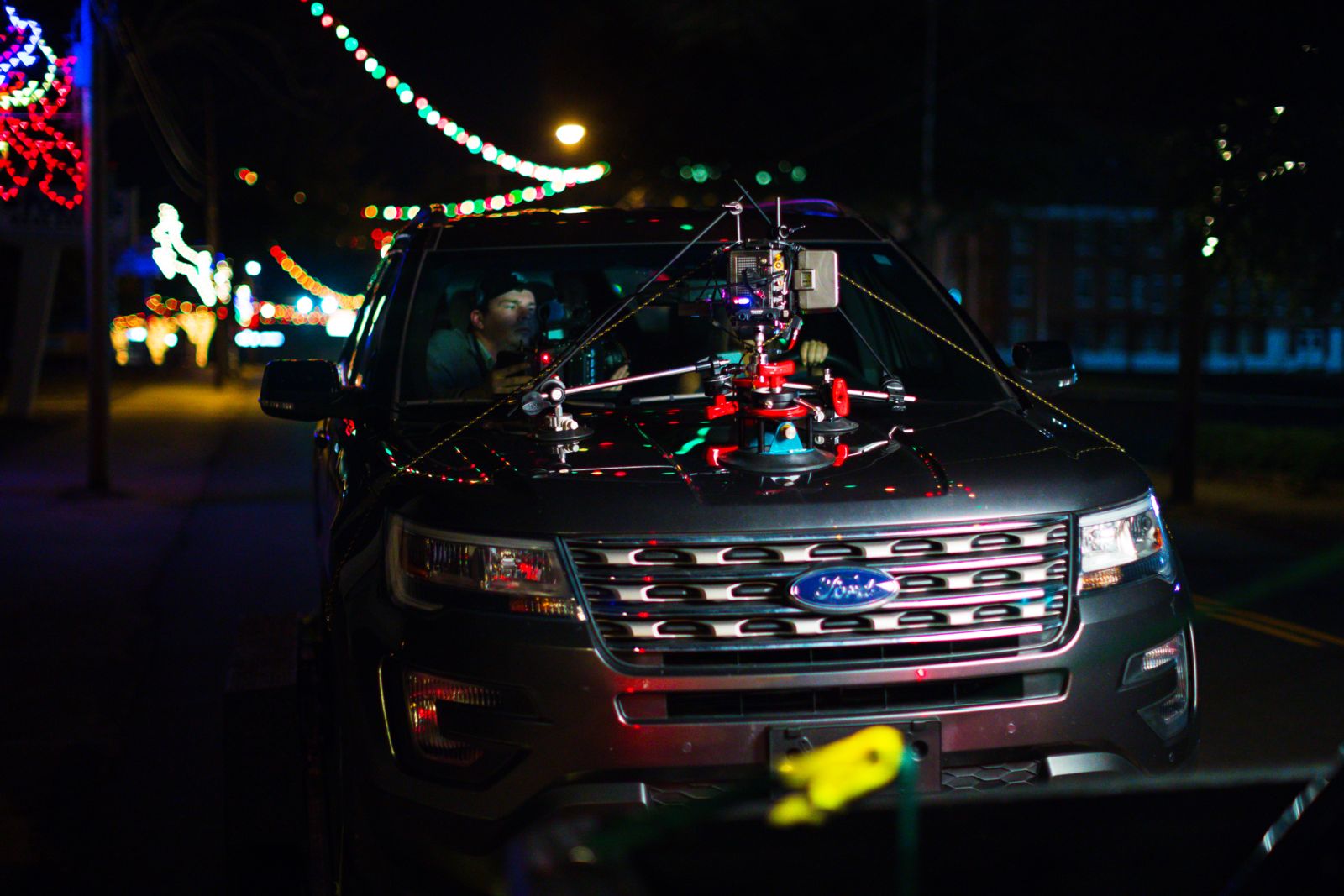 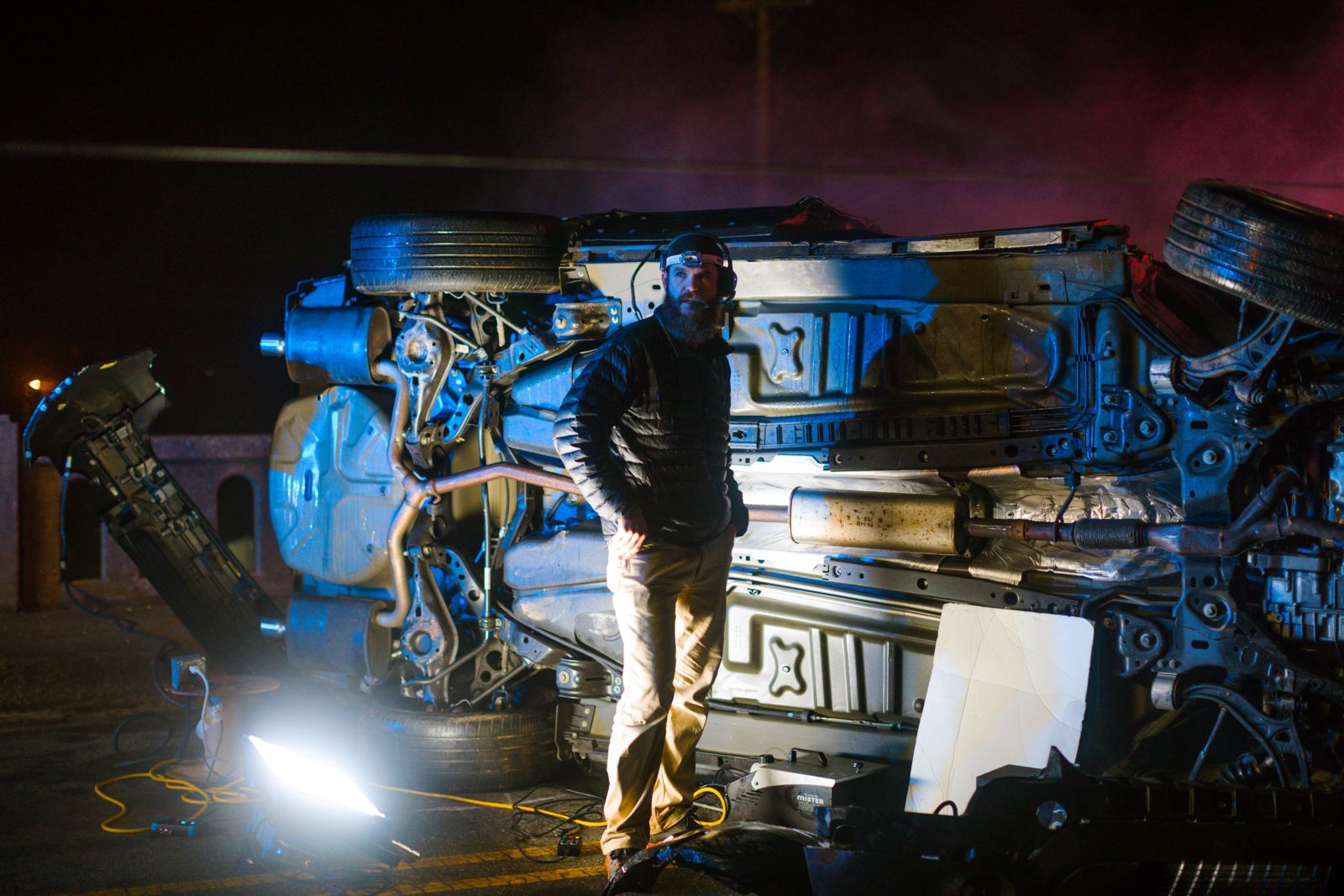 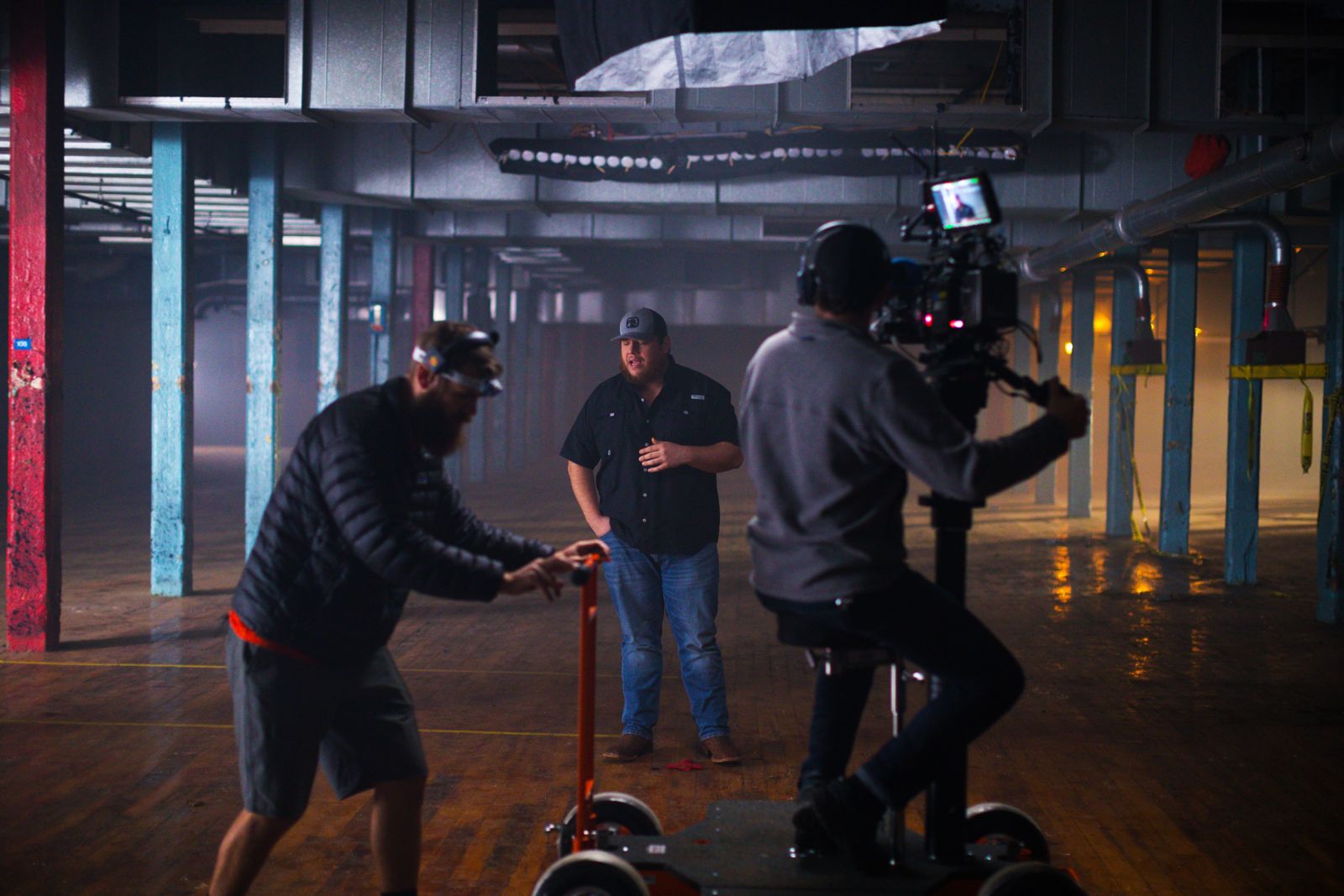 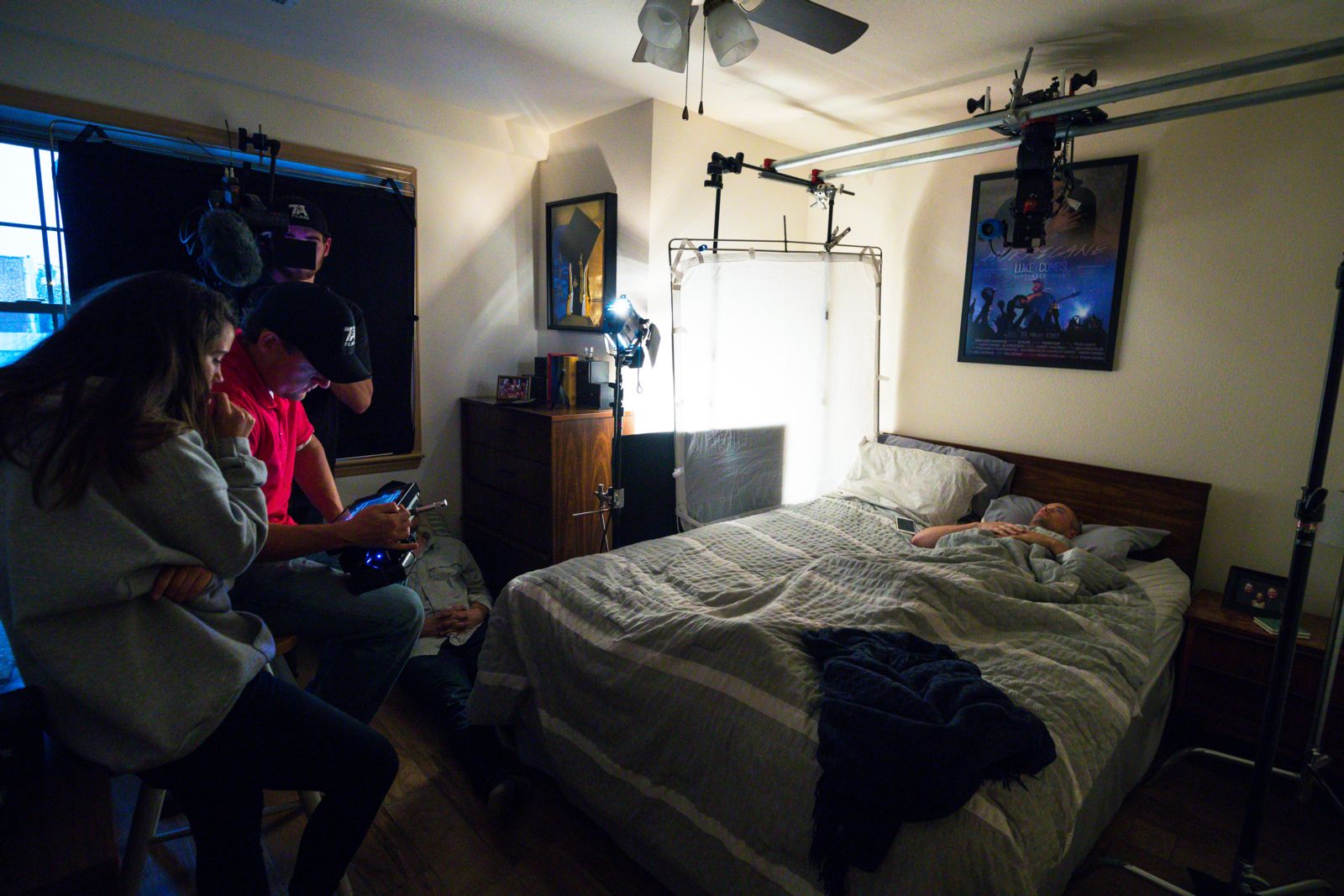