Leading up to the shoot, TA Films Studios was prepared with three stations that athletes from the conference would rotate between. The photography station was set up on the white cyclorama wall inside of Studio A. The photography was done by Rondell Lane of Media Lane. Also in Studio A was a video village where players could relax, eat catered food, and watch a live feed from the various cameras. There was a separate client area for representatives from the conference.

After visiting the green room to get hair and makeup work done by Angie Cottone, athletes would go to the photography station. They would then head to Studio B for two other stations. A green screen was set up for Aaron Conner to record sports-action shots. PSA lines were also recorded here by TA Films' audio department Chandler Harkey and Adam King. After the green screen portion of the shoot, the large cyclorama wall of Studio B was utilized for the action scenes of the football PSA. For this, the large cyclorama wall had been painted from white to a flat black color in order to achieve the desired look. Rolls of turf were laid down here for the football players to reenact training exercises with numerous pieces of equipment. A row of lights was hoisted up above the large wall in order to recreate a stadium-lighting effect. At this station, Zach Drechsler and Director of Photography Tyler Adams shot the football players acting out various poses and exercises.

In post-production, Zach Drechsler edited the Football PSA. This process was overseen by Conor O'Flaherty and Carlos Franco of SME Branding. Chris Mathew allowed the project to move along with his diligent scheduling, time management, and client-relations work. If you have a vision and are interested in booking TA Films or TA Films Studios, please contact Chris Mathew or contact us. 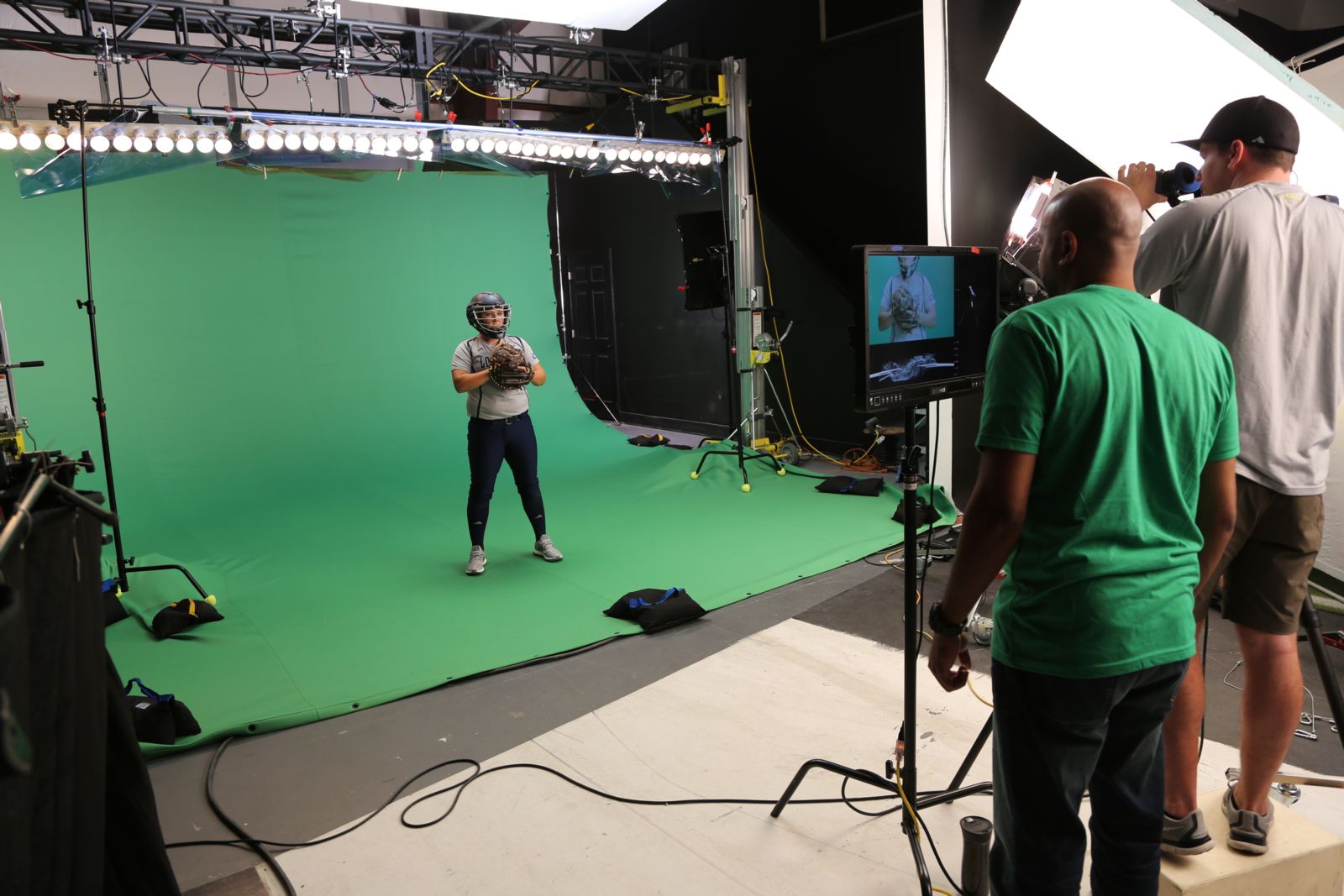 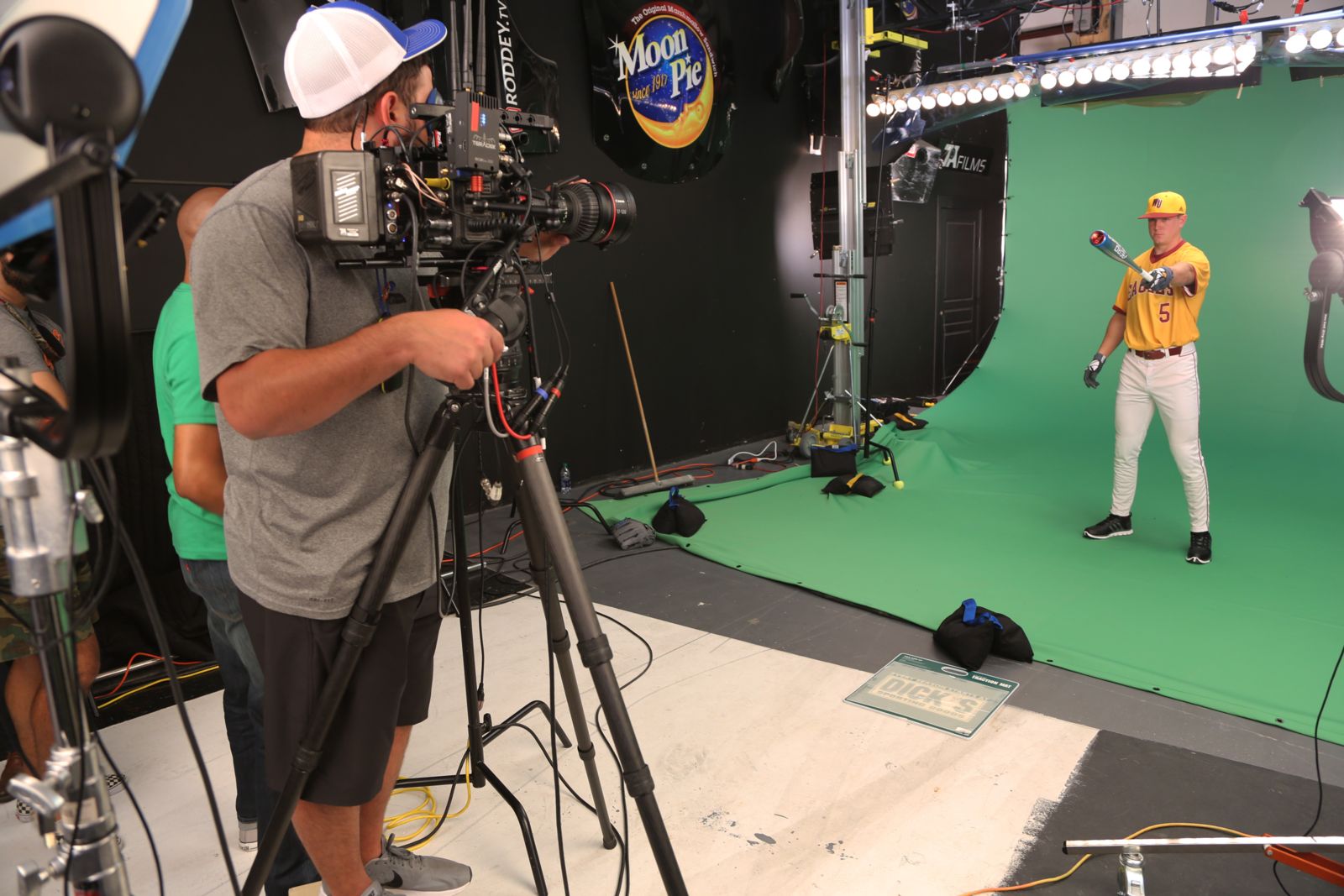 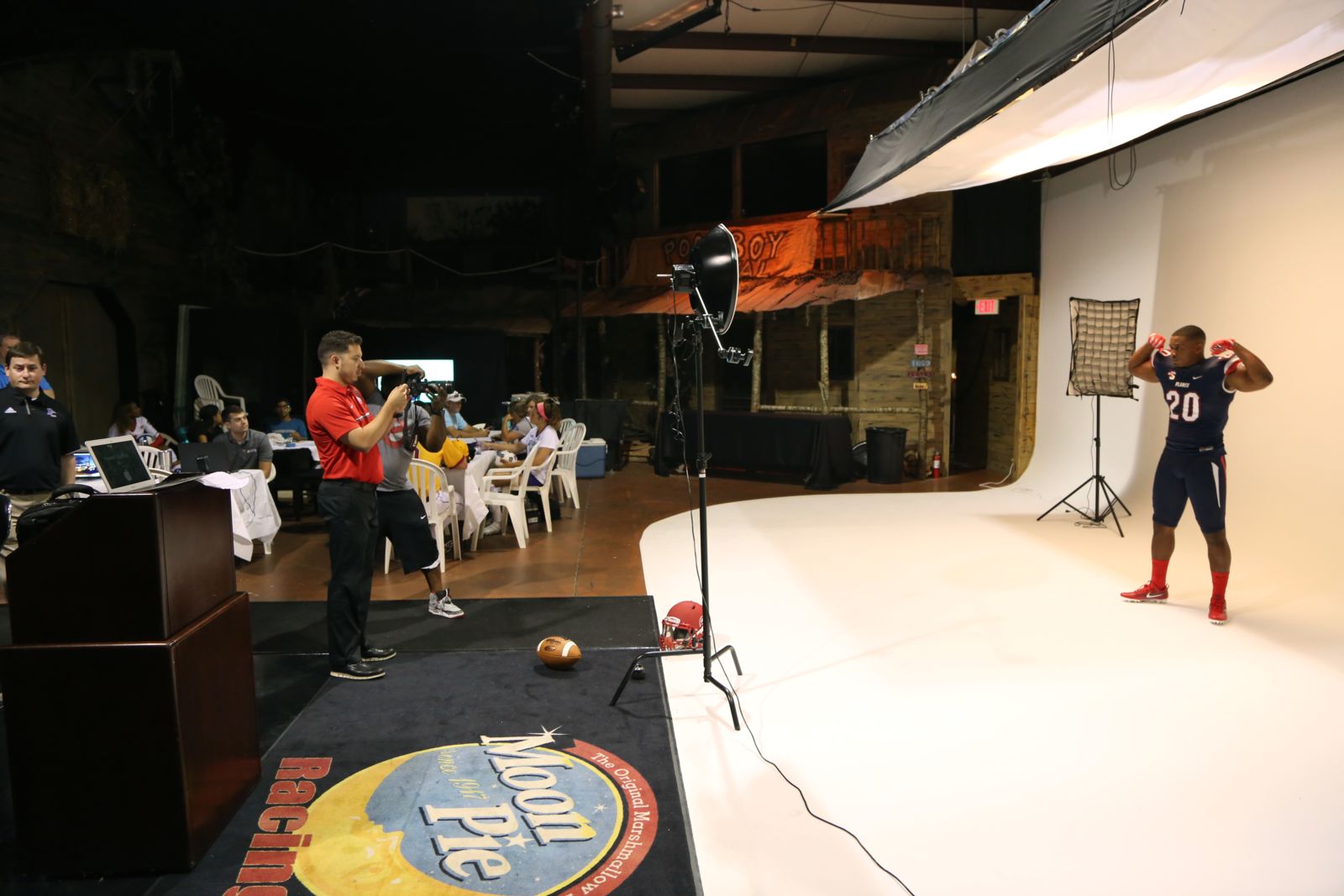 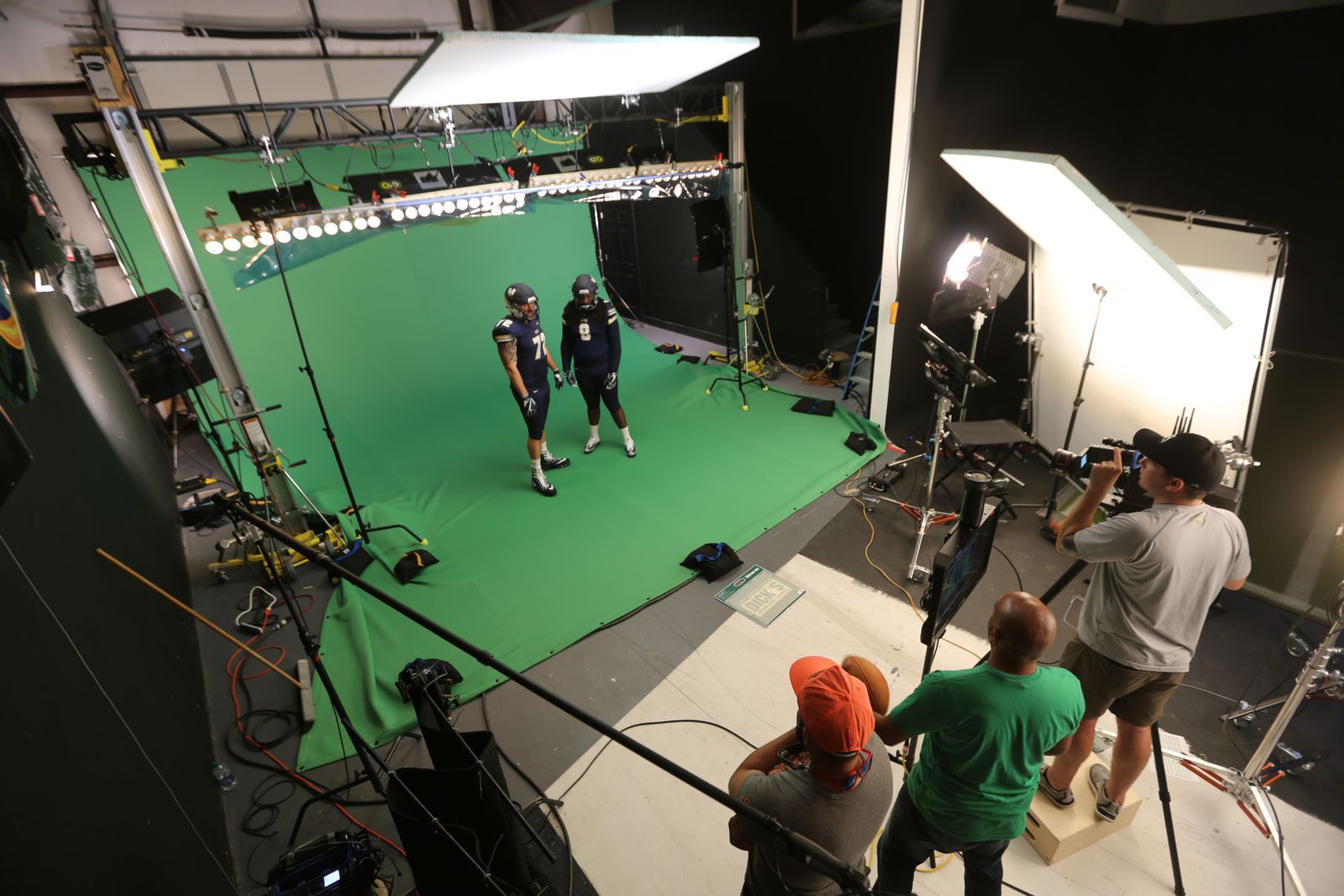 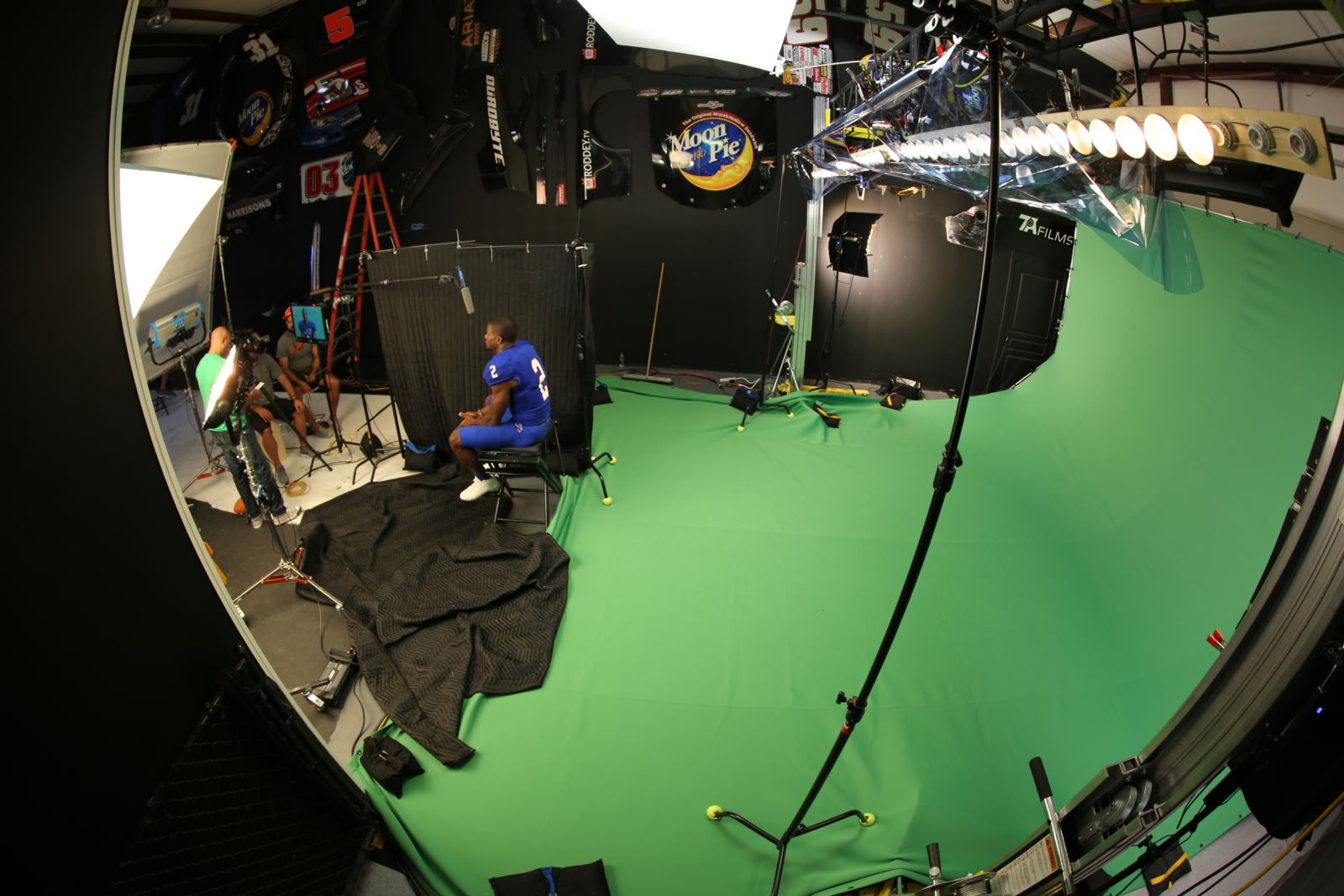 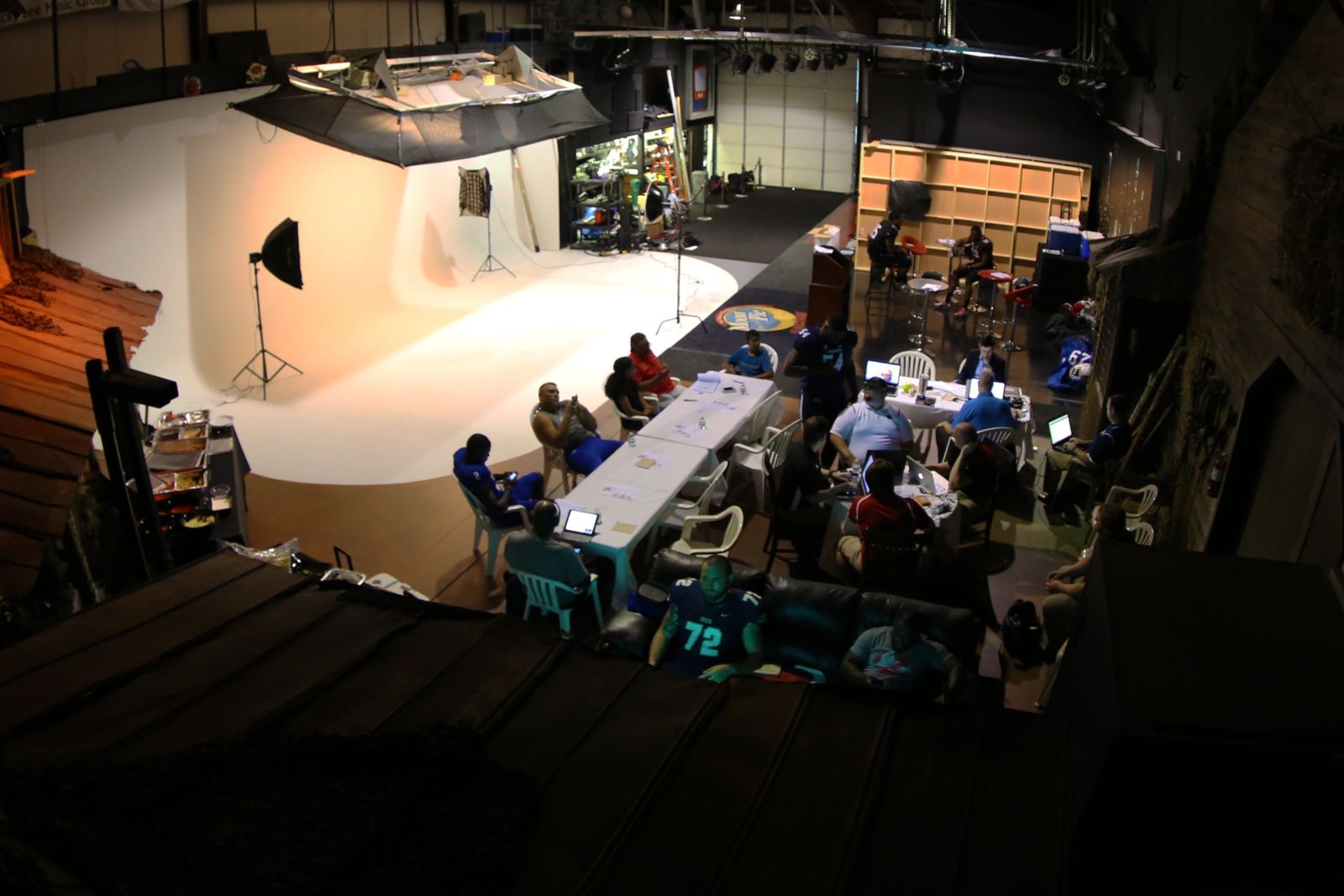 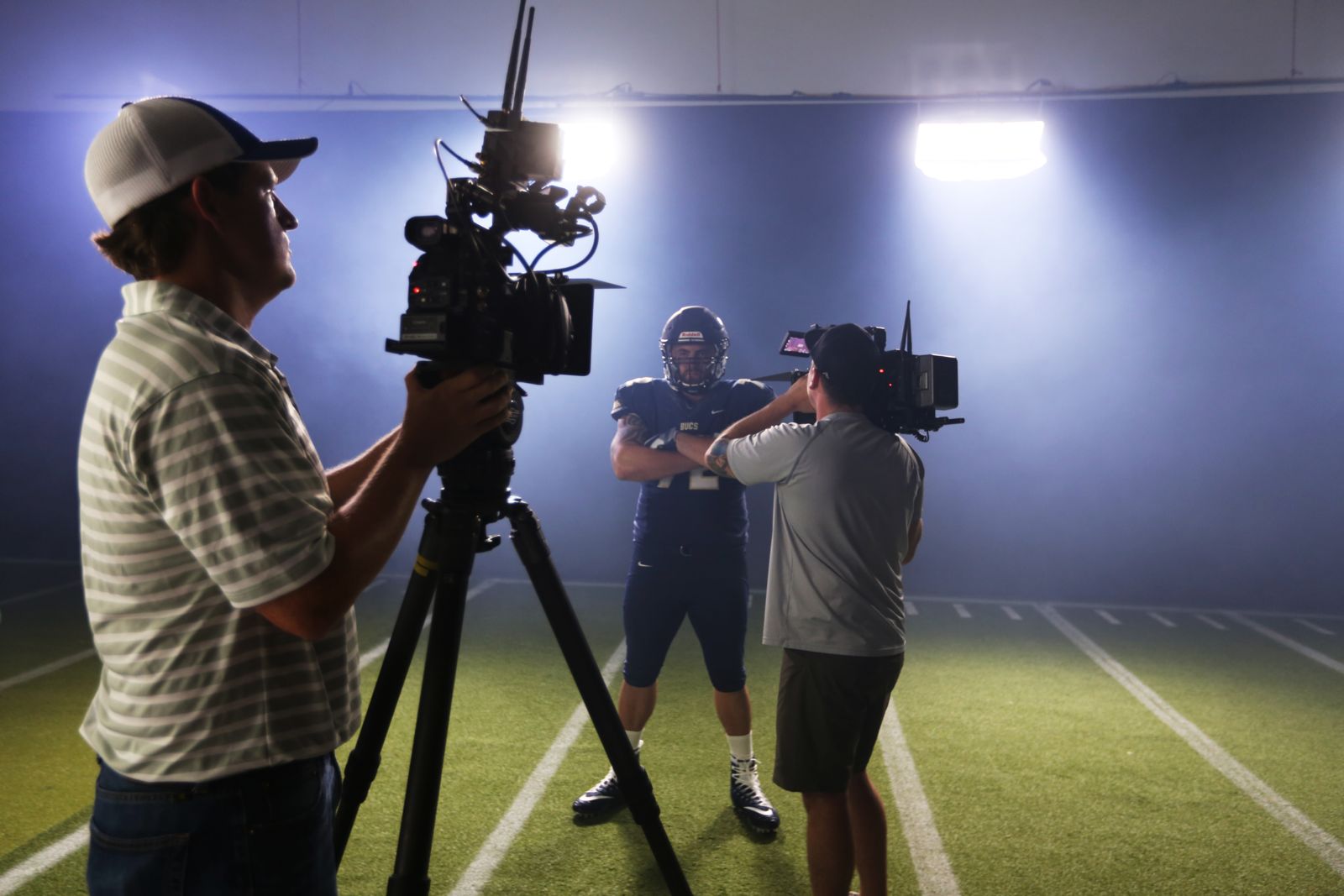 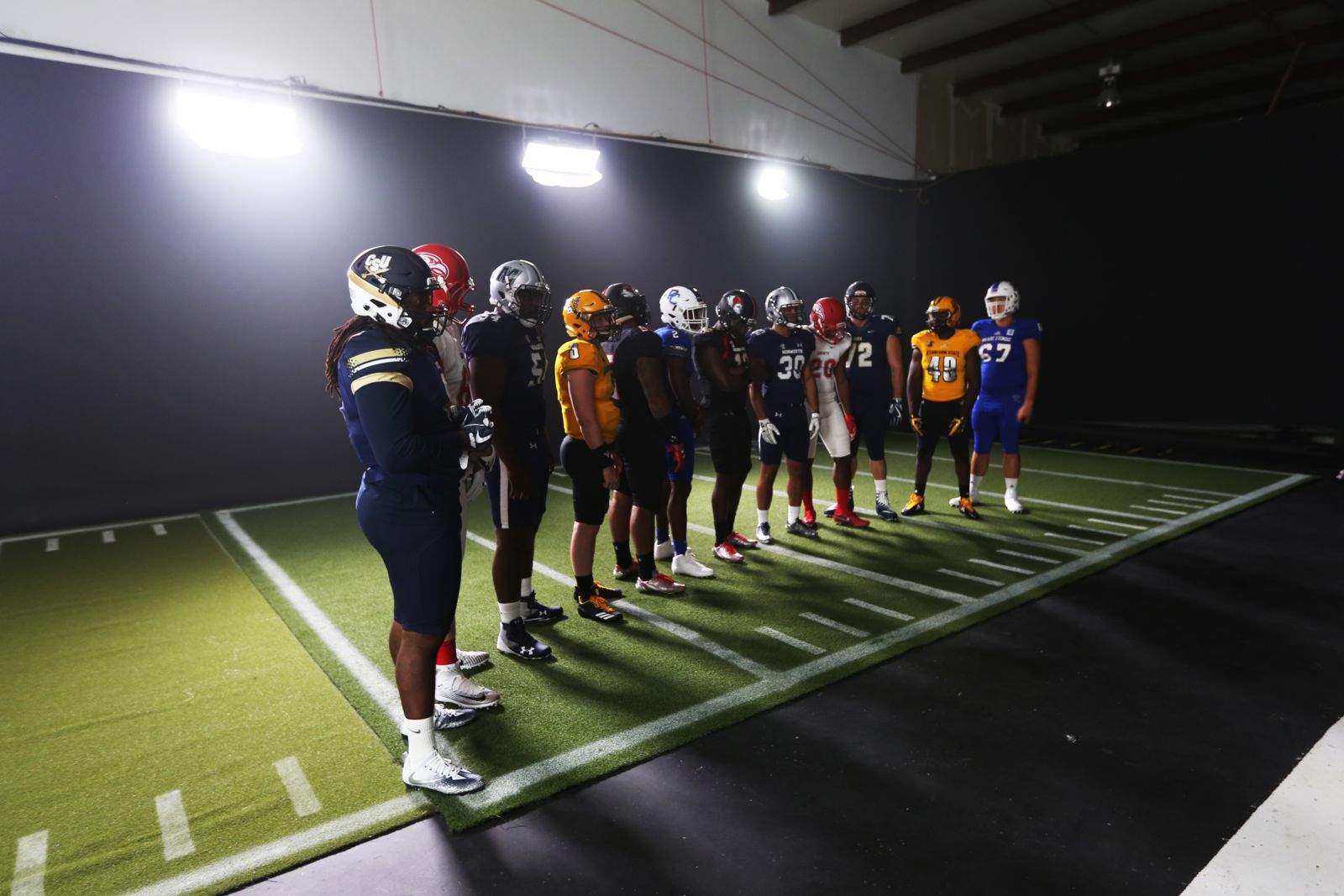 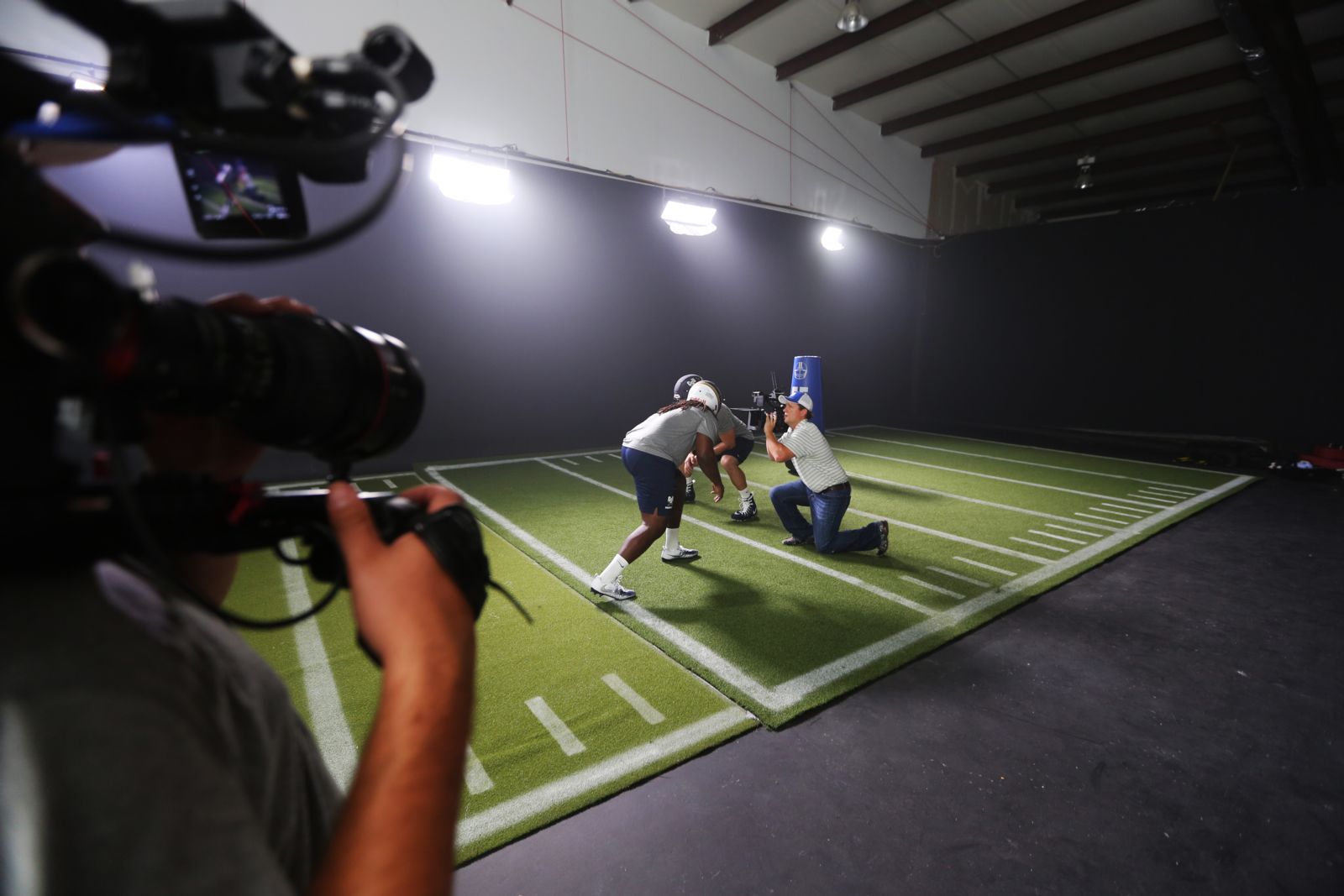 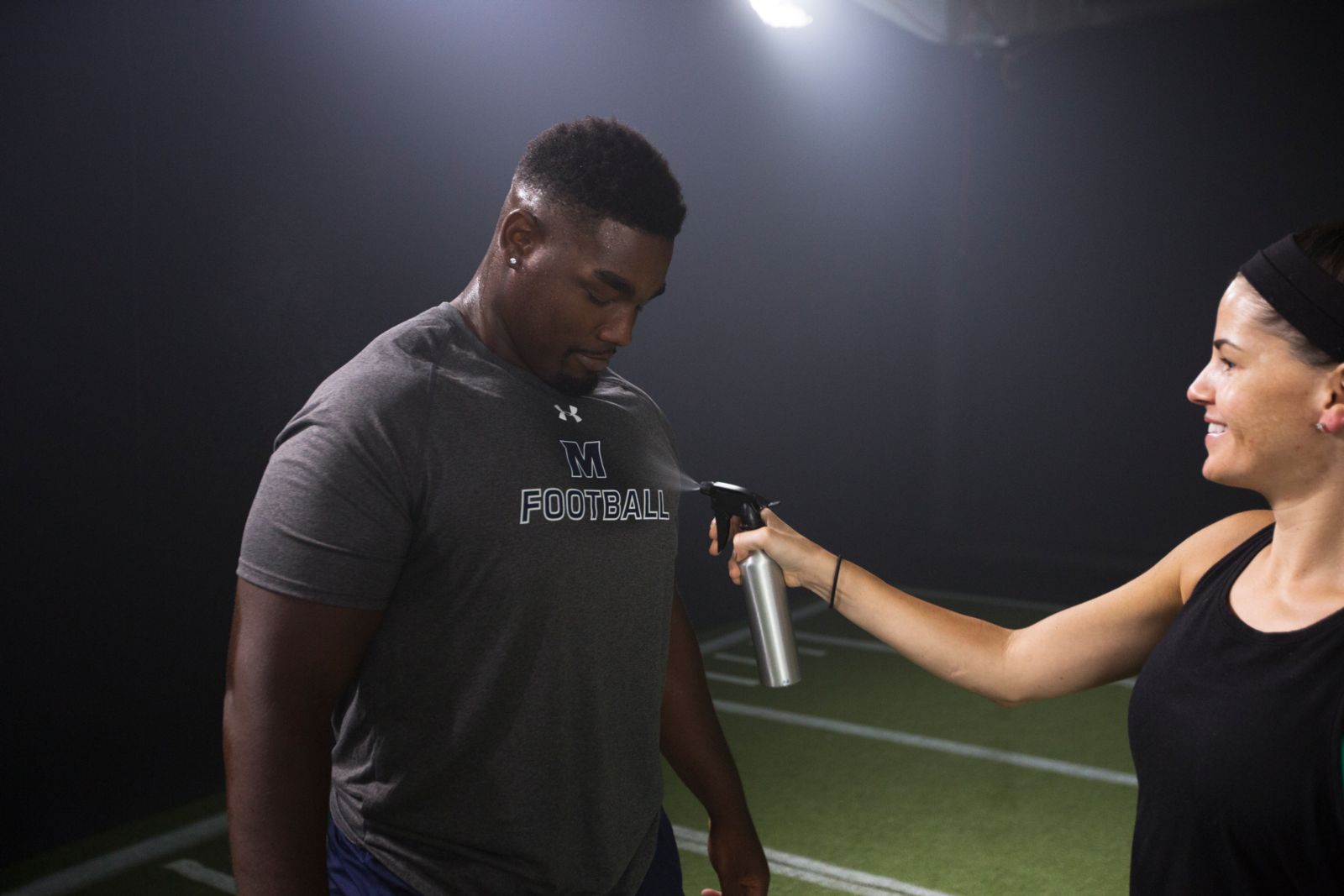 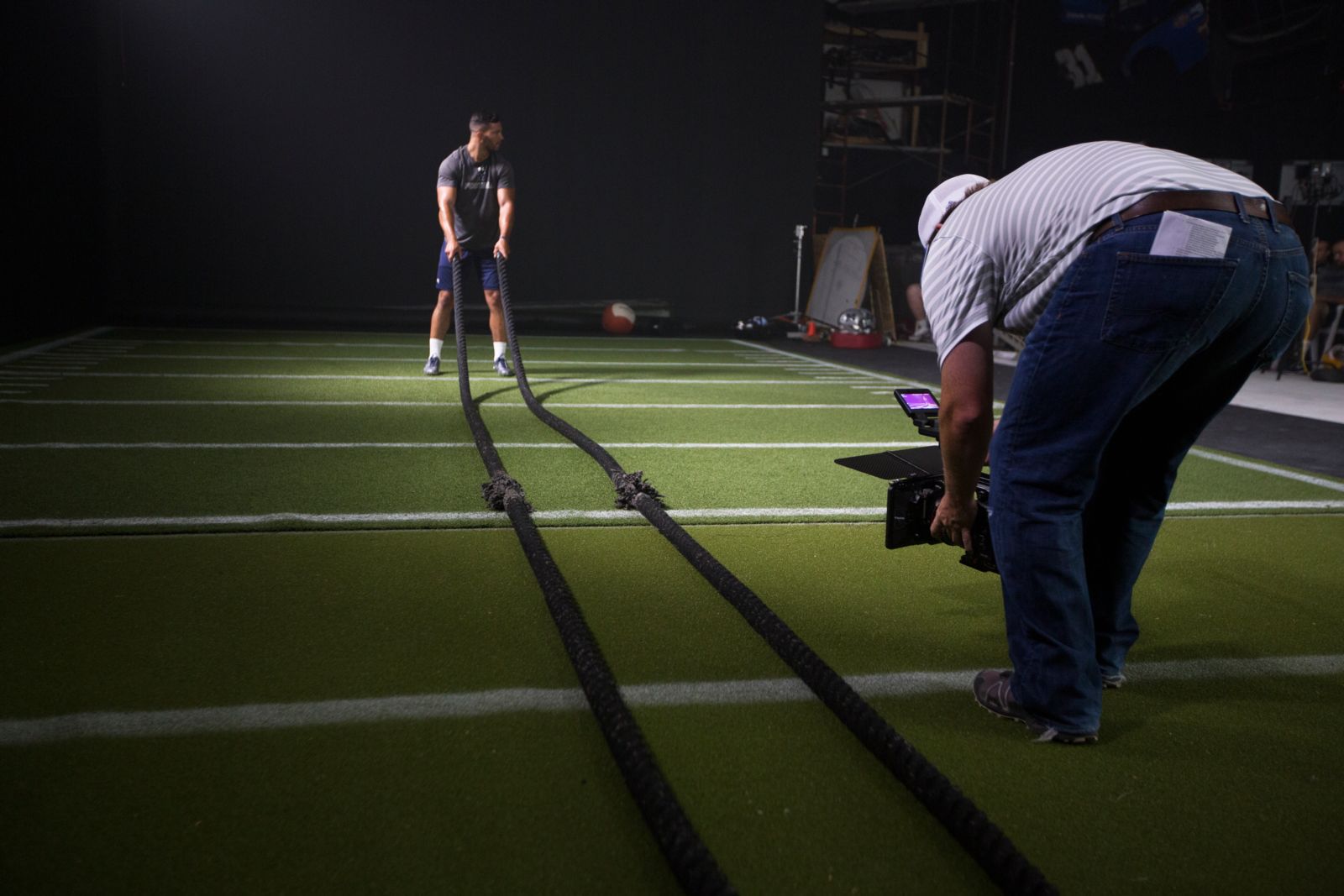